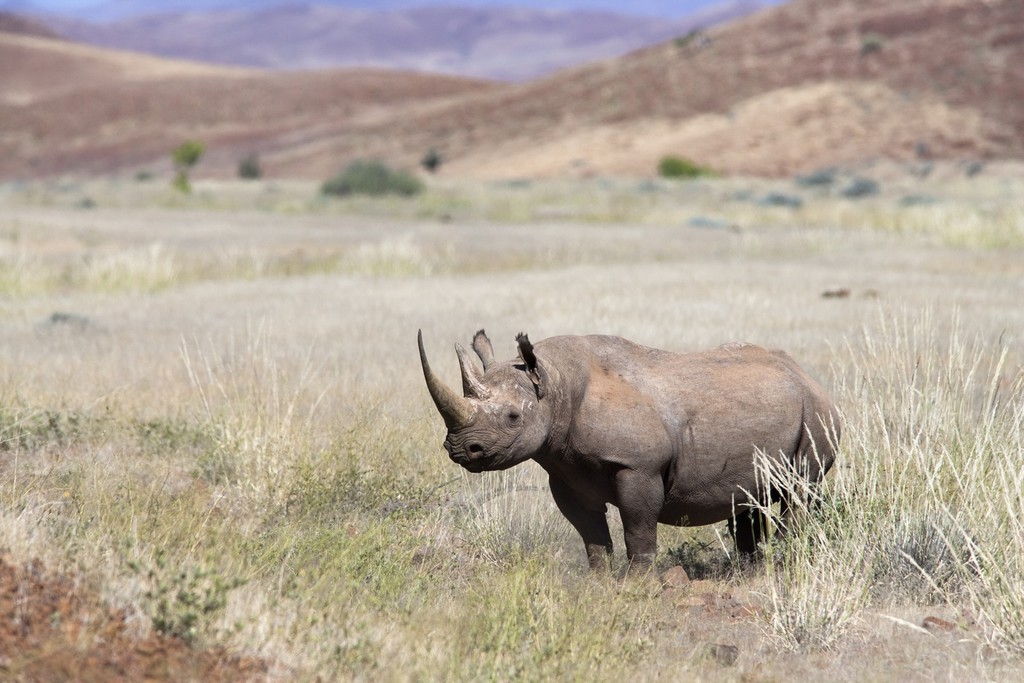 Namibia has had its fair share of challenges in rhino conservation from both the resurgent poaching crisis and drought. In light of this, it’s encouraging to hear that our partners in Namibia, Save the Rhino Trust, are feeling positive about the future.

Simson Uri-Khob, CEO of Save the Rhino Trust, tells us: “On World Rhino Day we’d like to share our success and show our supporters that we’re moving forward, taking positive action. We have suffered from poaching and drought, and there have been tough years. But we believe our news will bring hope to everyone fighting to save our rhinos.”

After the current poaching crisis began in Zimbabwe and quickly moved to South Africa in the early 2000s, Namibia was hit in 2012. Like many other rhino conservancies across Africa, funds were increasingly channeled into costly anti-poaching operations and beefing up security and routine rhino monitoring.

We are delighted to report that throughout the region protected by Save the Rhino Trust, poaching has declined more than 80% since 2014 – thanks to a lot of hard work and support improving our rhino monitoring. Save the Rhino Trust has recorded the fewest number of poaching incidents since 2012.

2016 marked the most productive year in Save the Rhino Trust’s history of monitoring the desert-adapted black rhino.  3,333 verified rhino sightings that year alone were recorded. Knowing exactly how many rhinos are living within an ecosystem, where their territories are, and the breeding and behavioural patterns is a vital aspect of protecting them and preventing poaching.

Save the Rhino Trust doesn’t monitor its rhinos alone – it’s a team effort. Rangers based at the conservancy currently provide more than a third of overall rhino sightings. More than 600 rhino sightings in 2016 were a direct result of tourism based activities in partnership with four tourism operators in the area. When Save the Rhino Trust’s rangers work with the tourism industry, they’re generating profits to plough back into the conservancy and surrounding communities.

In late 2014, Save the Rhino Trust became increasingly aware of organised criminal gangs operating in Namibia becoming involved in rhino poaching. As a result, the team formed an intelligence unit to proactively support the work of the authorities – especially the Ministry of Environment and Tourism and the Namibian Police. Our investigations have helped arrest 14 individuals and throughout 2017, evidence gathered will be used in at least six court cases.

In the last year we’ve also seen the Namibian government pledge to crack down on wildlife crimes, and deport foreign nationals who are involved in the illegal wildlife trade.

Simson says: “On behalf of Save the Rhino Trust, I would like to thank our donors who made it possible for us to pull through the dark years. We’ve turned the tide and we’re working to keep it that way, and continue building on our success. I believe we’re on the cusp of a new era for rhino conservation in Namibia. To all our supporters – thank you, and Happy World Rhino Day!”

One thought on “Happy World Rhino Day: A new era for Namibia’s rhinos”