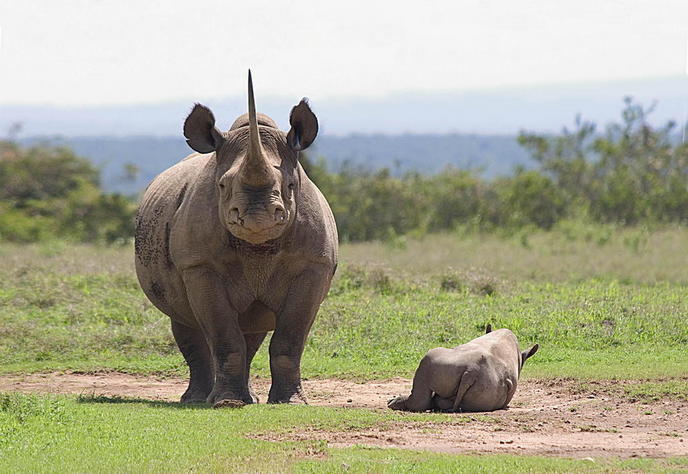 A lack of suitable habitat for rhinos is a serious limiting factor for the recovery of Kenya’s black rhino population. But in a positive step, the Government-owned Mutara Conservancy and Ol Pejeta Conservancy have announced plans to partner and create more space for black rhinos to roam.

A press release from Ol Pejeta Conservancy explains that Kenya’s Agricultural Development Corporation has agreed to set up the 20,000 acre Mutara Conservancy for integrated wildlife, livestock and tourism operations. Ol Pejeta will assist with the management of these activities in a private-public sector relationship that aims to conserve wildlife and maximise productivity of the land through tourism ventures.

Mutara Ranch lies to the north of Ol Pejeta Conservancy and its rich grasslands and thick bush are home to many of the species also found on Ol Pejeta, including elephant, buffalo, lion, leopard, giraffe, antelope and zebra. The partnership with Ol Pejeta will mean that migratory species such as wild dog and elephant will be freely able to cross to the Mutara Conservancy through wildlife corridors.

As the largest black rhino sanctuary in East Africa, we are rapidly reaching our carrying capacity. Consequently, in support of national objectives, we will need to secure new habitat in future as our rhino populations expand. We hope that in time the Mutara Conservancy can be used to supply these requirements.