You are here: Home » News » A rhino sighting at Ol Jogi 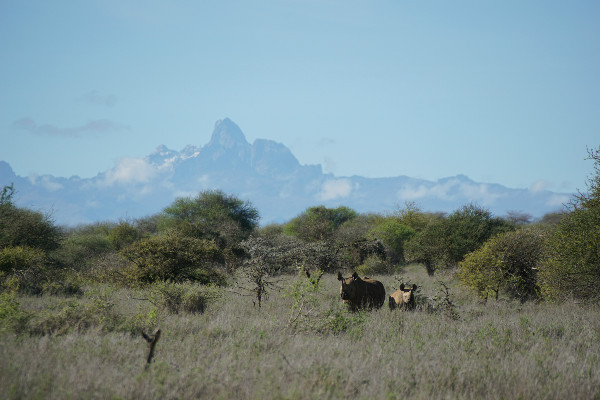 Two rhino-proof wildlife corridors connect the two sanctuaries; piles of rocks and short poles embedded into the ground provide an effective barrier to rhinos while allowing other species to migrate between the two sections of Ol Jogi. The smaller of the two areas, to the east of the D464 road, was established as a rhino sanctuary in 1980; the larger area had rhinos introduced to it in 2005.

Ol Jogi now has both black and white rhinos, including this black rhino, named Carol, and her calf – as yet unnamed. I was lucky enough to see her two days running; she’s an experienced mother and a good breeder.

Your support helps us keep rhinos like Carol safe so we can keep growing Africa’s black rhino population.