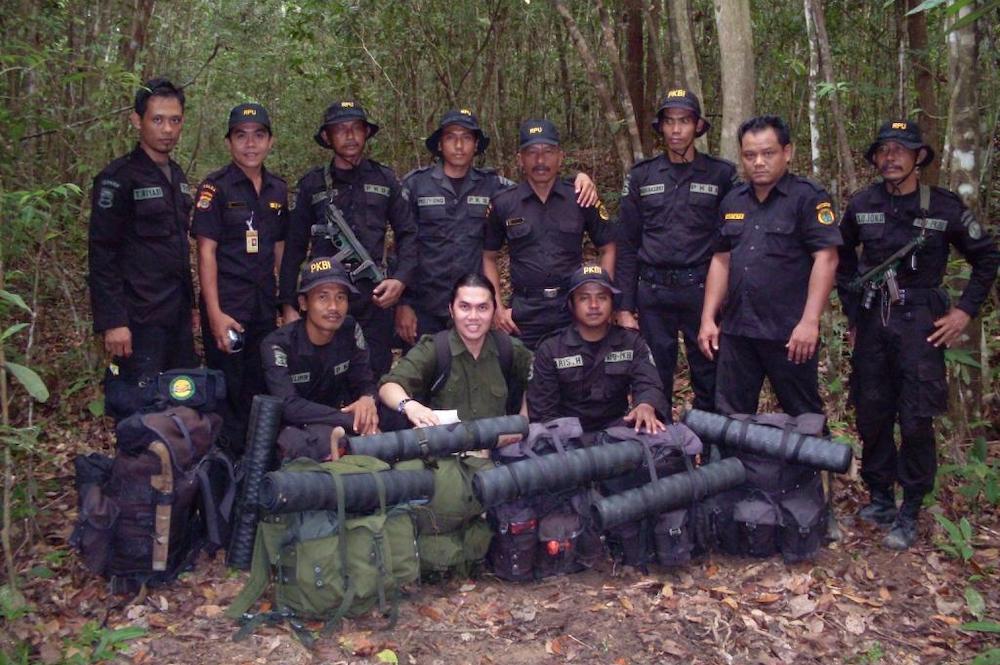 In the early 1990s, concern was building for Javan and Sumatran rhinos. Human encroachment had significantly reduced the patches of forest they called home, while the immense threat of poaching remained persistent. At every population count, the numbers were dropping: something had to be done.

RPUs would not only look out for poachers, but also complete essential monitoring activities, recording every detail when they came across a rhino’s footprint, saw a twisted branch (a sign that a rhino has eaten from the plant), or heard the unique sound of a Sumatran rhino. Evidence of human disturbance would be documented, and any dangerous items, such as snares, dismantled and removed.

By undertaking these activities, RPUs were not only protecting rhinos, but also preserving the habitats that the species’ needed to survive. Additionally, the Units were able to gather evidence to aid prosecutions and in turn, deter future poaching attempts.

Today, 25 years after they were established, RPUs continue to play a critical role, now patrolling in three other national parks: Bukit Barisan Selatan and Way Kambas in Sumatra, and Ujung Kulon in Java.

In the places that RPUs patrol, there have been no recorded poaching incidents for 14 years, a huge success. Yet, the number of Sumatran and Javan rhinos left remains dangerously low and signs of illegal activity is all too common.

The newest RPU, a marine unit, was established in January 2020 to protect the waters around Ujung Kulon National Park, an area frequently visited by Javan rhinos. In its first six months of operation, the team had apprehended 218 individuals for illegal fishing.

Given the extremely remote locations that they work in, day to day activities of RPUs have – fortunately – been largely unaffected by the Covid-19 pandemic, besides taking extra health and safety precautions. However, securing funding to continue their work in the long-term has been difficult. That’s why we’re so pleased to have been able to support RPUs, thanks to donations from many of you, our fantastic supporters and partners.

Recently we sent more than £52,200 to benefit RPUs, helping to fund salaries, provide field kit, maintain vehicles and purchase rations for patrols. With this funding, the units can continue to protect incredible Indonesian jungle and the wildlife, including Sumatran and Javan rhinos, within it.