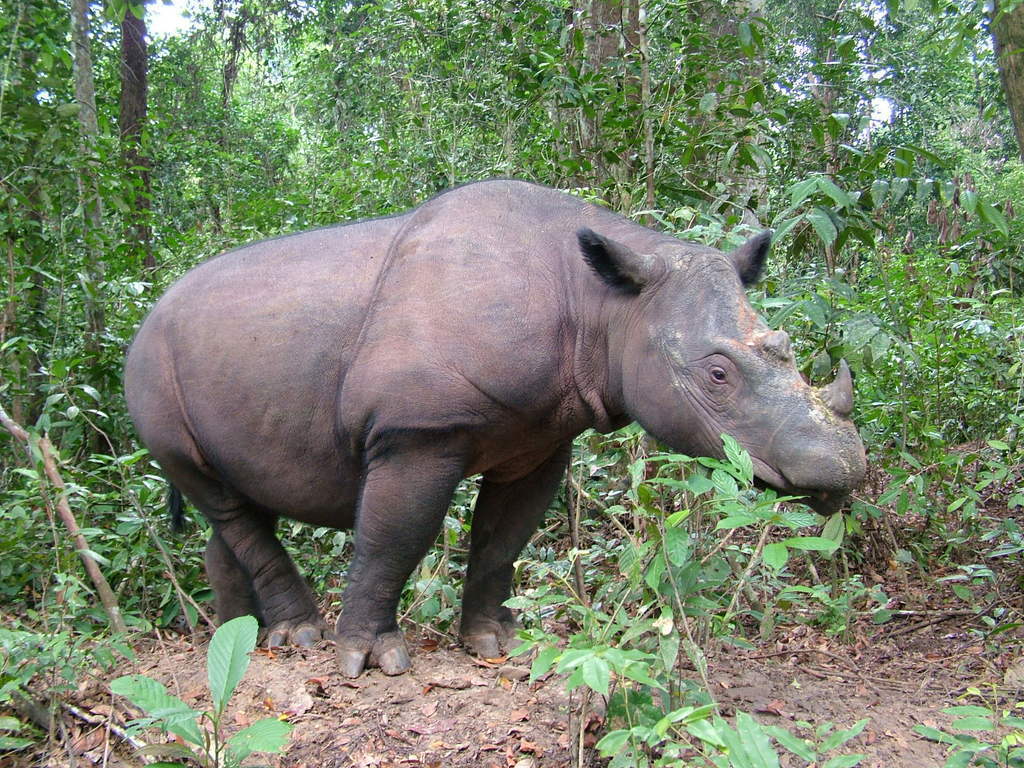 New Europe-wide legislation which comes into effect tomorrow (13th December) means that palm oil will no longer be a hidden ingredient on food packaging – a move which conservation groups are hailing as a significant step forward for the protection of orangutans and other endangered species.

The production of palm oil, a vegetable oil found in up to half of all packaged food on supermarket shelves, is a major driver of deforestation in countries across south-east Asia, Latin America and Africa. Previously hidden behind the generic term ‘vegetable oil’ on ingredients lists, most consumers were unaware of the link between their weekly shop and the expansion of plantations into lowland rainforests, threatening many iconic species, including orangutans, tigers, elephants and rhinos in SE Asia and, as plantations expand in Africa, gorillas, chimpanzees and African forest elephants.

A coalition of conservation groups, including the Sumatran Orangutan Society (SOS), Elephant Family, Orangutan Foundation, Save the Rhino, the Jane Goodall Institute, the European Association of Zoos and Aquaria (EAZA), and the Ape Alliance, have been working together to tackle the problem.

Following their Clear Labels, Not Forests campaign in 2011, the EU adopted a new law which requires the labelling of specific vegetable oils, including palm oil, on food products. Companies were given three years to comply, and the new legislation comes into force on 13th December 2014.

Helen Buckland, Director of the Sumatran Orangutan Society (SOS), explained the significance of the new law: ‘Mandatory labelling will support vital changes in the palm oil industry by allowing shoppers to make informed choices about what they buy. Responsible companies that make or sell products containing palm oil will want to reassure their customers that their products are not contributing to deforestation and loss of wildlife. Retailers and manufacturers now have the incentive to play their part in transforming the palm oil industry and breaking the link between palm oil and deforestation.’

The group acknowledges that labelling palm oil makes it easier for shoppers to avoid products containing it altogether, but caution that a boycott may have unintended consequences.

Helen Buckland said ‘Avoiding palm oil may not actually help protect orangutans and other biodiversity. All agriculture has a footprint, and palm oil is a very efficient way of producing vegetable oil – if companies were forced to switch to alternative oils, up to ten times as much land would be needed to meet global demand for vegetable oils. A boycott might also drive the price of palm oil down, possibly leading to increased demand in markets such as India and China. What we need to do is ensure that it is cultivated in the least damaging way possible.’

The group are encouraging consumers to support companies that have made commitments to use responsible palm oil, produced without harming the environment or local communities. They have produced a comprehensive factsheet to help consumers make informed choices, available online here.

For more information, images, or to arrange an interview, please contact Helen Buckland on +44 (0)1865 403341 or email helen@orangutans-sos.org

2 Palm oil: Palm oil is found in up to half of packaged food products across Europe including chocolate, cereals, soup, crisps and ice cream. Palm oil is the world’s most popular vegetable oil, primarily produced in Indonesia and Malaysia, and with rapid expansion now being seen in Africa. Its production is often at the expense of tropical forests and carbon-rich peatlands, resulting in biodiversity loss and hindering the global effort to prevent dangerous climate change. The United Nations has stated that the expansion of oil palm cultivation is the most significant cause of permanent forest and peat land loss in south-east Asia. Rapid expansion of the industry is having disastrous consequences for species pushing those classed as endangered and critically endangered including the orangutan, elephant, rhino and tiger closer towards extinction. It is also having a direct impact on local communities.

3 Responsible palm oil is produced to strict standards that aim to minimise harm caused to forests, wildlife and communities. More information about responsible palm oil can be found on the Palm Oil Innovation Group website: www.poig.org

4.1 Sumatran Orangutan Society: The Sumatran Orangutan Society works to secure a future for Sumatran orangutans and their forests. We support frontline conservation programmes and campaign on issues threatening the survival of orangutans in the wild. Our projects include rainforest restoration and developing community-led conservation initiatives which support the protection of the Leuser forests, empowering local people to become guardians of this precious ecosystem.  www.orangutans-sos.org

4.4 Save the Rhino: Save the Rhino International works to conserve viable populations of critically endangered rhinos in Africa and Asia. We recognise that the future of wildlife is inextricably linked to the communities that share its habitat. By funding field projects and through education, our goal is to deliver material, long-lasting and widespread benefits to rhinos and other endangered species, ecosystems and to the people living in these areas.  www.savetherhino.org

4.5 The Jane Goodall Institute: Founded by renowned primatologist Jane Goodall, the Jane Goodall Institute is a global organisation that empowers people to make a difference for all living things. Jane Goodall’s Roots & Shoots groups work in 1,600 UK schools inspiring action for people, animals and the environment. In Africa we help local people take charge of the conservation and development of their own communities, thus protecting chimpanzees and their habitats.  www.janegoodall.org.uk

4.6 Ape Alliance: The Ape Alliance is an international coalition of organisations and individuals, working for the conservation and welfare of apes.  With Friends of the Earth, the Palm Oil Working Group published ‘The Oil for Ape Scandal’ the first major report on this issue, which can be downloaded from: http://www.4apes.com/working-groups/palm-oil