You are here: Home » News » Why are Kruger’s rhinos being hit so hard? 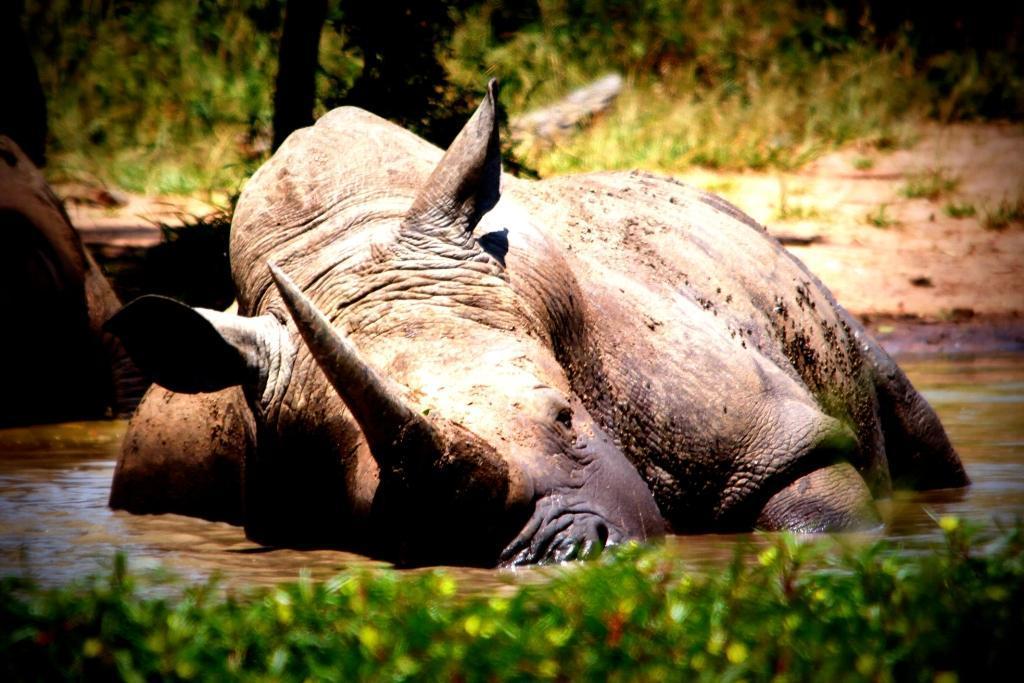 The latest official poaching statistics show that a shocking 292 rhinos have been poached in South Africa so far this year (2 May 2013). Of these rhinos, over 73% have been killed in Kruger National Park, it is evident that Kruger’s rhinos continue to bear the brunt of the escalating poaching crisis.

So why, despite the intensive efforts, army deployment, helicopter patrols, drones and increased manpower, is Kruger National Park still losing rhinos at a rate of more than one per day?

Firstly, the Kruger National Park is home to the largest population of rhinos on the planet, the sheer number of rhinos in the Park makes it an incredibly vulnerable target for poachers. However, the main reason why Kruger is being hardest hit, is that the Park shares a long, porous border (356km) with Mozambique, where most of the poachers come from.

Poachers from Mozambique are easily able to illegally slip across the border into Kruger National Park, and even if South African National Parks rangers are able to detect them, they are unable to carry out the ‘hot pursuit’ once the poachers have crossed the border back in Mozambique. During March alone, Kruger Park recoded 72 known cross-border armed incursions from Mozambique. Of the 94 rhino related arrests in South Africa this year, 44 of these have been in Kruger.

In Mozambique, there are no strict penalties for rhino poaching or possession of rhino horn and poaching is simply considered a misdemeanour offence. Mozambique is one of the poorest countries in the world, and there are many individuals willing to risk their lives to earn money through poaching. The country suffers from high corruption and even Mozambican field rangers have been arrested for rhino poaching.

There was once a fence separating the Kruger National Park from Mozambique. However in December 2002, the presidents of South Africa, Mozambique and Zimbabwe signed an international treaty to establish the Great Limpopo Transfrontier Park. The treaty resulted several areas of fence being dropped along the South Africa / Mozambique border to increase the habitat for wildlife and encourage animals to roam between the countries’ nature reserves.

There are now fresh calls for the fence to resurrected in a bid to reduce the current poaching onslaught. South Africa, at a ministerial level, is currently involved in ongoing discussions with Mozambique regarding the re-erection of the fence along the border. In the longer term, the huge problems South Africa is experiencing has implications for the wider issue of trans-frontier parks; what happens to wildlife when one country does not enforce security or wildlife crime laws?

In May 2013, there were several news reports that Mozambique had lost all its rhinos from Limpopo National Park. In reality there were few rhino remaining in the country, at the 2011 AfRSG meeting, estimates were that there were 6 white rhinos and 1 black rhino surviving in Mozambique. It is more likely that the rhinos poached were the unfortunate ones who walked across the border from Kruger National Park in South Africa; so the recent reports seem to be referring to South African rhinos that have been poached on Mozambican soil.

Following on from the 16th Conference of Parties to the Convention on International Trade in Endangered Species of Wild Fauna and Flora (CITES), urgent actions have been directed to Mozambique to tackle its role in the rhino poaching crisis. These include the need to give priority attention to the creation and implementation of effective legislation to effectively deter wildlife crime, prevent the illegal killings of rhinos and possession of rhino horn. Along with Vietnam, Mozambique has been given a deadline of January 31 to implement these actions and submit a report to CITES on its activities conducted.

Over the past few years, South Africa has definitely upped its game in terms of investment in rhino conservation and protection for its rhinos. The challenge facing Kruger’s rhinos will be to ensure that Mozambique directly engages with South Africa, to step anti-poaching operations along the border and improve legislation to make rhino poaching a punishable crime.

17 thoughts on “Why are Kruger’s rhinos being hit so hard?”