You are here: Home » News » What’s going on in KwaZulu-Natal, South Africa? 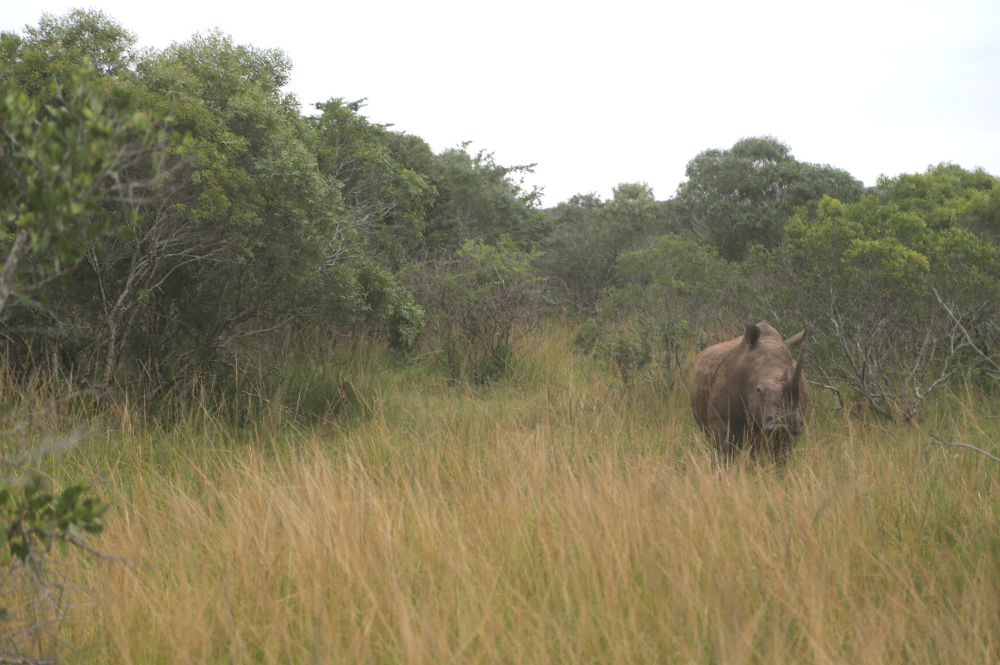 Since the beginning of 2022, more than 100 rhinos have been poached in South Africa’s KwaZulu-Natal (KZN) Province. This staggering toll compares to 102 rhinos poached in the Province during the whole of 2021, and 93 in the whole of 2020. Unless this trend is urgently reversed, 2022 could end with a new KZN poaching record, going beyond the horrific 222 rhino poaching deaths recorded in 2017.

The recent increase in poaching in KZN is likely due to several factors. First, there has been a devastating decline in the number of rhinos in the Kruger National Park. According to South Africa National Parks (SANParks), the number of rhinos in Kruger has declined by 59% since 2013. KwaZulu-Natal is approximately 500 km south of Kruger National Park and includes several small- to medium-sized sanctuaries and game reserves. Given its relatively close proximity, criminals have shifted their attention from Kruger to the smaller reserves across KZN, where the density of rhinos is higher.

Second, Covid-19 has doubtless been a factor. Whilst the number of rhinos poached across South Africa has been declining since 2014, 2020 saw a marked decrease, with the lowest poaching total since 2010. Most likely, this was due to the tough movement restrictions put in place across the country due to the pandemic. This not only meant that it was difficult to access reserves and travel domestically around South Africa, but it was also extremely rare to undertake any international travel, and thus trafficking rhino horns across national borders became much harder. Unfortunately, as restrictions were reduced and travel once again increased, we have seen an increase in poaching across South Africa, as criminal syndicates look to ‘make up’ for the time they had lost.

The biggest impact of the Covid-19 pandemic has been its huge toll on finances. With almost no income from tourism through the pandemic, and very little time to prepare, private and state-owned reserves struggled to keep the lights on. And as we all know, keeping rhinos safe is expensive; cutting costs means losing rhinos. The financial impacts of Covid-19 will be felt for years to come, and when you’re simply trying to stay afloat, expanding teams and purchasing new equipment is almost impossible.

Lastly, there has been significant instability at Ezemvelo KZN Wildlife, the management authority for state-owned reserves across the KwaZulu-Natal Province. During the last decade, Ezemvelo’s leadership has been in the spotlight following allegations of poor financial management, failing standards, and mismanagement of day-to-day operations. In April 2020, the entire board was suspended after “prima facie allegations against the Board as a collective”. In addition, a report was recently released detailing major weaknesses in its proposed anti-poaching strategies.

Of course, such shortcomings do not reflect on the majority of rangers and others working hard to protect rhinos and other wildlife across KZN. But, without effective leadership, challenges on the ground are often exacerbated. A new board was recently announced, which we hope will turn the tide on the recent history of Ezemvelo’s senior team.

On their own, any one of these issues would be difficult to overcome. Put together, the challenges today are enormous. Add to this the physical and mental burnout of rangers, who have been battling to stop poachers since the crisis took hold in South Africa in 2010, and the situation is devastating – for people and rhinos.

The wildlife rangers in KwaZulu-Natal need our help.

Hluhluwe-iMfolozi Park (HiP) is a vital reserve at the centre of the current poaching emergency. It is renowned worldwide for being the historical home of Southern white rhino conservation, following the successful ‘Operation Rhino’ in the 1950s that brought white rhinos back from the brink of extinction. Since 2006, Save the Rhino has supported rangers at HiP, most recently providing funding for an anti-poaching vehicle, ranger outpost upgrades, rations, patrol uniforms, and equipment such as thermal-imaging binoculars. Between April 2021 and March 2022, this amounted to more than £190,000 in grants. But protecting rhinos isn’t cheap: the team at HiP needs much, much more to help them turn the tide of this onslaught.

Please help us to support HiP’s rangers during the current horrific poaching crisis in KZN. Donate.