You are here: Home » News » Tragic death of Matwi, rhino calf in Namibia 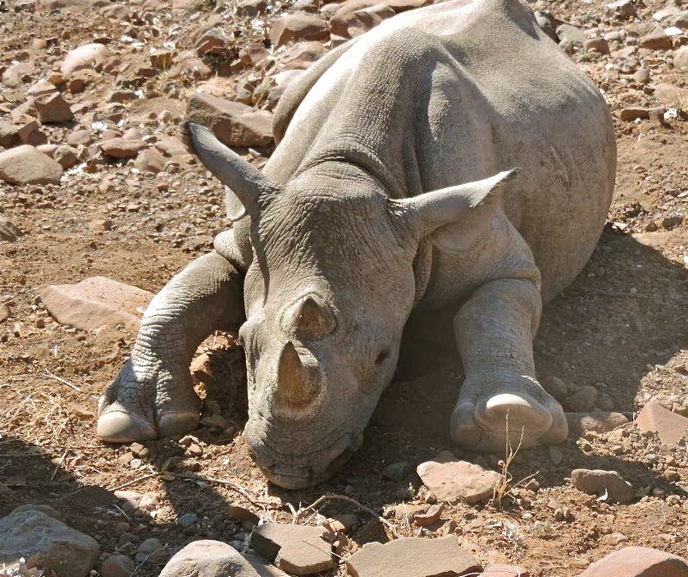 Matwi, the rhino calf whose mother was poached in Namibia’s Kunene region on 13 June, has sadly died. He was found dead after a very cold night: it seems the stress of losing his mother, settling into a new home after being relocated and the cold took their toll. If his mother had not been killed by poachers, he would still be alive.

While the deaths of Matwi and his mother are tragic, the swift, coordinated action of Save the Rhino Trust, along with the Ministry of Environment and Tourism and the Namibian Police, ensured the poachers were arrested.

Help Save the Rhino Trust to protect the desert rhinos of Namibia – without their rangers risking their lives every day for the rhinos, there would be many more cases like that of Matwi. Donate today.

One thought on “Tragic death of Matwi, rhino calf in Namibia”