You are here: Home » News » Swift action leads to arrest of poachers in Namibia 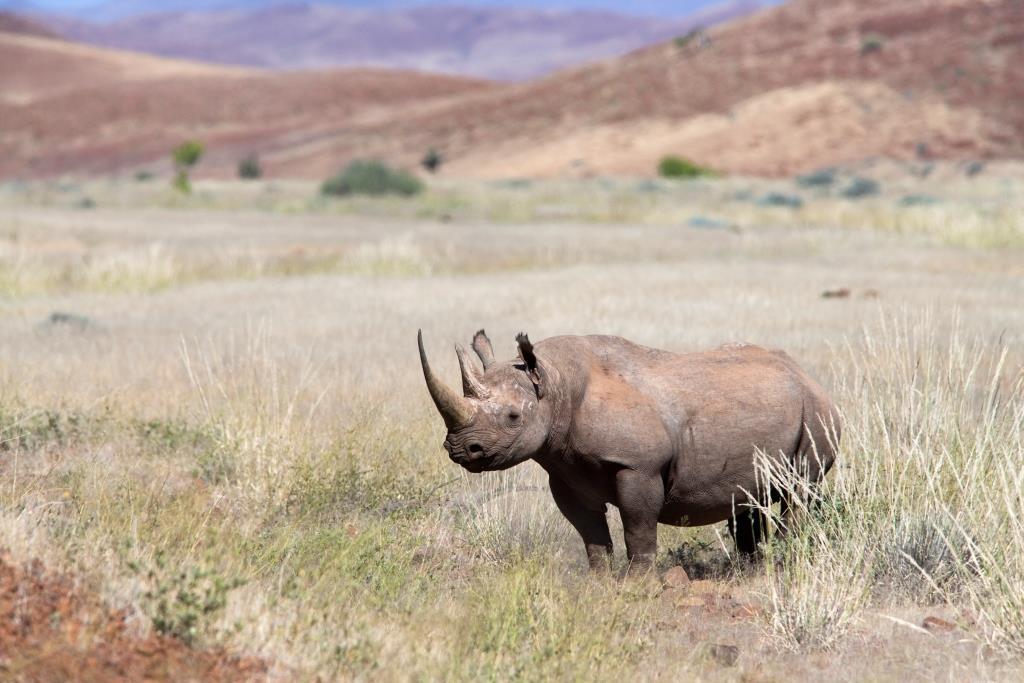 Five people were arrested on 13 June 2015 in Namibia’s Kunene region after they were found with fresh rhino horns and a rifle.

Swift co-ordinated action by Namibia’s Save the Rhino Trust (SRT), the Ministry of Environment and Tourism (MET) and the Namibian Police Force (NamPOL) led to the arrest of the suspects.

The investigation began on Friday 12 June, when SRT trackers reported suspicious tracks and initiated a response protocol whilst continuing to follow the tracks.NamPOL and MET were informed to coordinate the collaborative response.

Quick police action to block all exit routes from the area led to the arrest of five suspects in possession of the horns, rifle and equipment to remove the rhino’s horn. NamPol discovered the horn hidden inside a spare wheel and a rifle inside the vehicle. The arrests preceded finding the carcass and an additional team was deployed to the area to assist in finding the poached rhino, which was located on 14 June.

The victim was a 13 year old black rhino cow. The poaching of any rhino is a tragedy, but at least in this instance the perpetrators were quickly caught and will be appropriately sentenced, sending out a strong message to deter further poaching.