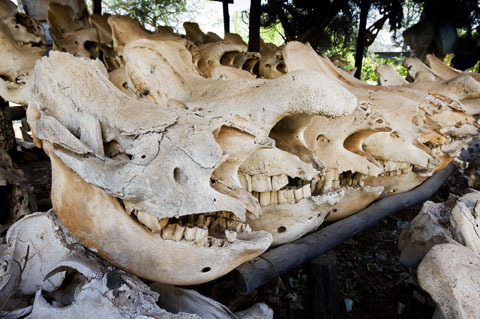 Less than a week after the announcement that South Africa would not – this time – be putting forward a proposal to the Convention on International Trade in Endangered Species of Wild Fauna and Flora (CITES) to legalise the international rhino horn trade, the neighbouring Kingdom of Swaziland submitted a surprising and last-minute proposal to call for a regulated market.

The proposal is reproduced in full via this link: http://www.theguardian.com/environment/2016/apr/28/swaziland-unveils-plan-to-legalise-rhino-horn-to-pay-for-anti-poaching-efforts

The submission seeks permission for this landlocked nation to sell its 330 kg stockpile of rhino horn, and additionally permit the annual sale of 20 kg of horn to be harvested from living animals (unlike ivory, rhino horn grows back and harvesting it does not necessitate the death of the animal). The application does not specify buyers but states that horn “will be sold directly to a small number of licenced retailers, which is likely to include Traditional Chinese Medicine hospitals, in the Far East”.

The proposal states that funds levied from the sale of the rhino horn would support anti-poaching efforts to help to protect the estimated 73 rhinos that are distributed across Swaziland’s two parks, Hlane Royal National Park and Mkhaya Game Reserve, and a third reserve, the Mlilwane Wildlife Sanctuary.

If this proposal were to come to fruition, it would effectively remove the 1977 ban that restricted the international trade of rhino horn. However, as acknowledged by Big Game Parks’ founder Ted Reilly, it seems highly unlikely that this submission will be ratified at the upcoming CITES Conference of the Parties, as it would need to be supported by a two-thirds majority.

Save the Rhino’s Director Cathy Dean commented “The wording of Swaziland’s proposal makes clear that it was submitted at the eleventh hour after it became clear that South Africa was not going to table one. One wonders how much influence certain pro-trade advocates had on Swaziland’s decision to gauge international reaction via this proposal to the possibility of a legal trade in rhino horn. Now that we know the South Africa Cabinet is maintaining the option of re-considering regulated legal international trade in rhino horn once key obstacles have been overcome, I should think the Cabinet is pleased to have this opportunity to flush out opponents’ thinking without having the embarrassment of having a CITES proposal rejected on its home turf.”