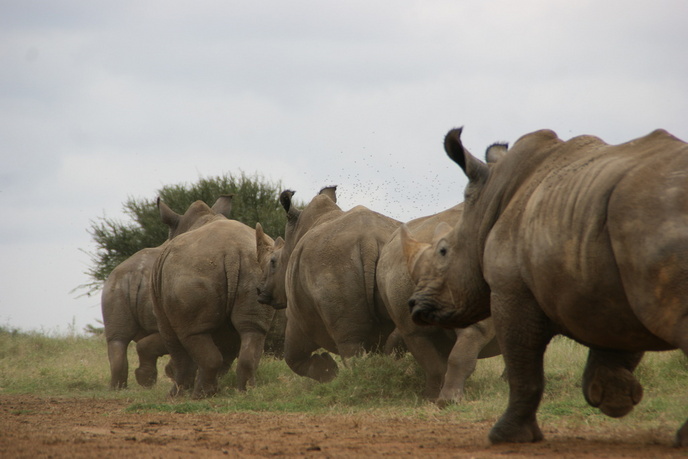 2012 has been a truly tragic year for rhino poaching in South Africa. The total poaching figure has now far surpassed the total for 2012, with around 588 rhinos killed this year to date. The slaughter has worsened with the rising demand for rhino horn in Asian countries and increasing involvement of ruthless criminal syndicates.

Over the past few weeks there have been devastating killings on several game farms around South Africa. On the weekend of 17-18 November, 7 rhino carcasses were found in Finfoot Lake Reserve in the Klipkopspruit Farm in the North West of the country, with another carcass found on the following Monday bringing the total rhino loss to eight in just three days. Seven of the rhinos killed were female and included one calf who also had her horn removed.

Eight individuals have now been arrested in relation to the recent spate of killings and a number of rifles have been recovered, although no rhino horns were founds at the suspects properties. North West Premier, Thandi Modise commended the swift action that led to the arrests and said that it was indicative that police were clamping down on the criminal sydnicates and getting closer to the kingpin leaders.Modise has also called for the South African Defence Force to be sent into reserves to protect the country’s rhino.