You are here: Home » News » South Africa will not table CITES proposal on rhino horn trade 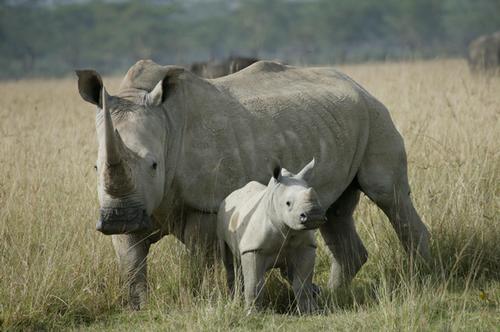 This is an historic time for South Africa’s rhinos! Following a cabinet meeting on 13 April, President Zuma’s government announced today, 21 April 2016, that after carrying out an investigation looking into the feasibility of legalising the rhino horn trade, it will not adopt such methods, i.e. it will not be putting forward a proposal for consideration by CITES at CoP17:

“The committee recommends that the current mode of keeping the country’s stock levels be kept as opposed to the trading in rhino horns. The country’s strategic approach entails security; community empowerment; biological management; responsive legislative provisions that are effectively implemented and enforced; and demand management”

This controversial issue has attracted much publicity and the government’s decision has been eagerly awaited by the conservation community. Rhino populations in sub-Saharan Africa are in crisis, with poaching rates reaching unprecedented levels. Legalisation of the international trade in rhino horns has been both called for and heavily criticized, with many conservationists believing that this course of action could further worsen the current rhino situation for short-term financial gain.

However, in a landmark decision South African government has today confirmed that it will not be tabling a proposal to legalise the international trade in rhino horn for the upcoming CITES (Convention on International Trade in Endangered Species of Wild Fauna and Flora) meeting to be held in Johannesburg from September this year.

Save the Rhino International’s Director Cathy Dean said “This is a good and brave decision by the South African government. They are to be applauded firstly for having gathered a panel of experts to form the official Committee of Enquiry to consider all the issues involved in legalising the trade in rhino horn, and secondly for taking on board the recommendations made by the Committee when reaching their decision.

“There may be loud criticism from some quarters for rejecting a potential way of raising income to help cover the hefty costs of providing security for vulnerable rhino populations, but so long as any doubt remains about the viability and regulation of a legalised trade, we believe it is better to be safe than sorry.

“We hope that all rhino conservationists will be united in tackling the poaching threat that threatens rhinos’ survival, regardless of their stance on the trade issue. Working with partners, we will continue to do everything we can to support rhino conservation efforts across Africa and Asia, so that future generations can enjoy seeing rhinos thriving in the wild.”