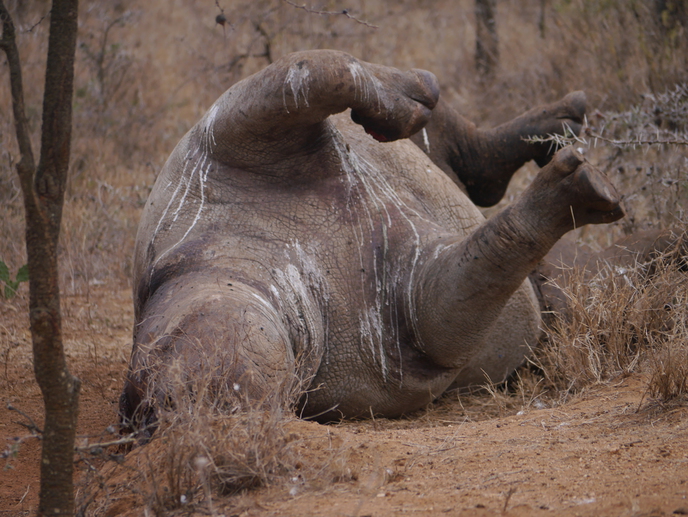 1,175 rhinos were poached in South Africa during 2015, a slight decrease on the previous year when a record 1,215 rhinos were illegally killed. This is the first time the country has recorded a dip in poaching levels since 2007, when the rate of poaching began to escalate rapidly.

Although it is encouraging to see South Africa’s poaching levels fall slightly, poaching losses are still extremely high. 40 fewer rhinos killed in 2015 than in 2014 is statistically insignificant when you’re talking such large numbers of poaching deaths.

Worryingly, the crisis has spread to neighbouring countries in southern Africa, with Namibia and Zimbabwe experiencing an exponential increase in poaching. During 2015, Namibia lost 80 rhinos to poaching, up from 25 in 2014 and just two in 2012. In Zimbabwe, it is reported that at least 50 rhinos were poached last year, more than double the previous year. For Africa as a whole, the total number of rhinos poached during 2015 was the highest in two decades.

South Africa, which is home to the world’s largest rhino population, has dramatically increased its rhino protection efforts. However the recent figures suggest that as South Africa has upped its security, criminal networks have expanded their poaching efforts across the region and are targeting previously secure areas.

In South Africa, a total of 317 poachers were arrested for rhino-poaching-related offences during 2015, which is an increase from 258 arrests in 2014. Kruger National Park continues to bear the brunt of the poaching crisis, experiencing 826 of the 1,175.

South Africa, Zimbabwe and Namibia are home to around 98% of the world’s rhinos. Kenya, the other member of the ‘big four’ rhino range states, is expected to report a significant fall in rhino poaching in 2015. Cathy Dean, Director of Save the Rhino, said:

“When the IUCN African Rhino Specialist Group meets next month in South Africa, we’ll get collated figures for rhino populations from all the rhino range states. These will tell us how many rhinos we had on 31 December 2015 and, crucially, whether overall numbers have gone up or down since they were last compiled at the end of 2012. Large rhino populations can weather the poaching storm as long as birth rates remain high enough to stay ahead of the losses.”

The poaching figures were released on 21 January 2016, a day after the South African High Court dismissed the government’s application to appeal an earlier ruling lifting a moratorium on the domestic sale of rhino horns. During the press briefing, the Environmental Affairs Minister, Edna Molewa, announced that that she will appeal the ruling at the Supreme Court of Appeal. According to Molewa,

‘’Once the application is lodged this will result in the suspension of the operation and execution of the court’s decision to review and set aside the moratorium.’’

Please help us to support those on the ground fighting the rhino poaching crisis, by donating to our conservation work.