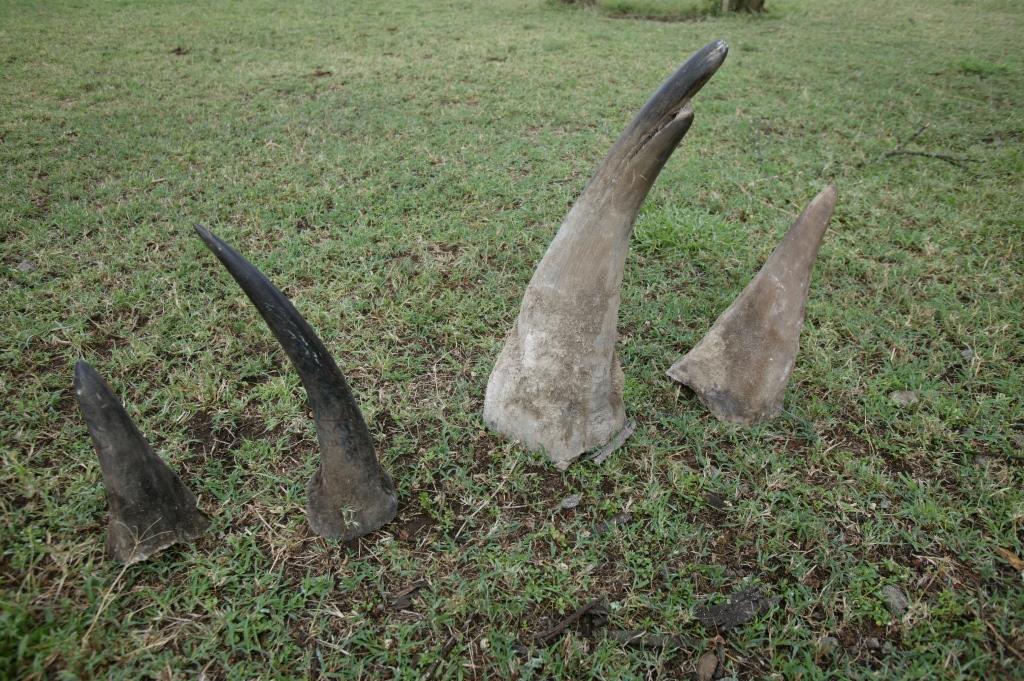 On 14 May, it was reported that police in Mozambique seized 1.3 tons of elephant ivory and rhino horn — the equivalent of 235 dead animals — in the country’s biggest ever find of illegal wildlife products.

Mozambican police said their haul consisted of 340 elephant tusks weighing about 1,160 kg (2,557 lb) and 65 rhino horns weighing about 124 kg. The illegal ivory and rhino horn was found at the house belonging to a Chinese National.

However within a few weeks thieves raided the storeroom, which was reportedly left secured by just three padlocks, and stole 12 rhino horns. The horns were being stored at the police headquarters in Mozambique’s capital Maputo.

Four state officials who were guarding the store were arrested on suspicion of aiding the theft. A further two suspects were arrested for producing bull horn replicas to switch with the stolen horns. The suspects were due in court in Maputo on Wednesday.

Mozambique faces international scrutiny for its role in the rhino poaching crisis and failure to tackle illegal wildlife trafficking. This latest theft demonstrates the seriousness of corruption that needs to be tackled. Mozambique faces sanctions under CITES (The Convention of International Trade in Endangered Species) if it cannot improve its law enforcement efforts in relation to the illegal wildlife trade.