You are here: Home » News » Poachers killed in shoot-out at Kenya’s Chyulu Hills 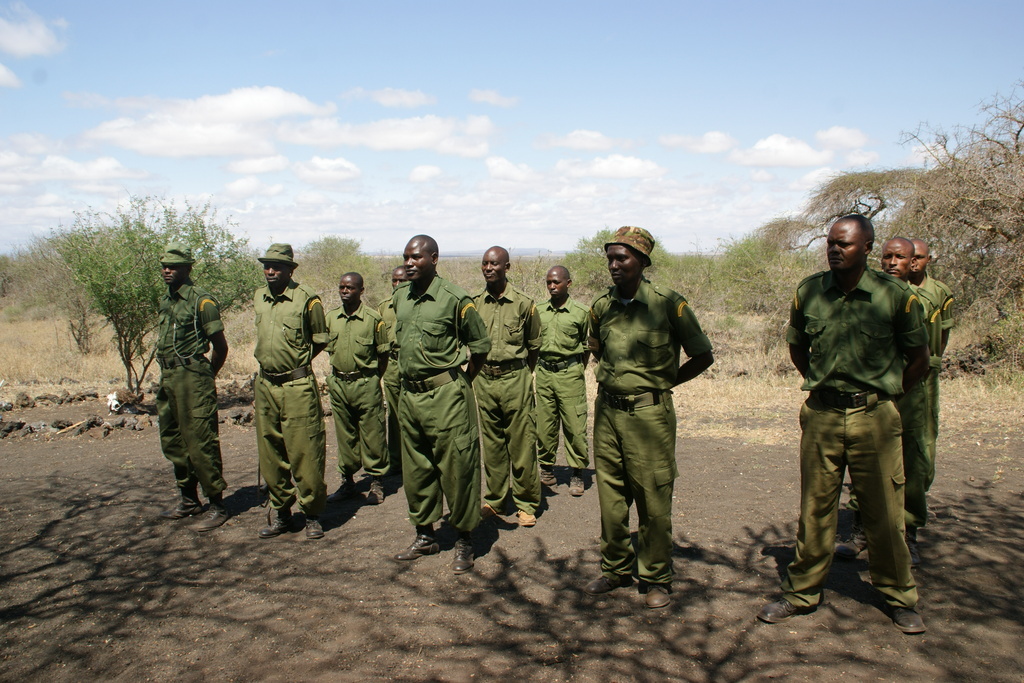 The units spread out, setting ambushes and combing likely areas for signs of poachers. This continued for four days. The habitat of the Chyulu Hills contains thick dense bush making it incredibly challenging to detect poachers. The teams began to wonder if the poachers were still there.

And then it happened. The poachers were moving out of the park, unsuccessful in their mission to kill a rhino, and possibly aware of the manhunt. The three men walked straight into a KWS ambush. The poachers, armed with AK-47s, defied orders to surrender, and there was an exchange of fire in which all three were killed.

According to Jeremy Goss of Big Life

While one is never happy to report on death, we are glad that it was not a rhino on the receiving end of the bullets this time. These poachers were willing to kill, rhinos and people, to achieve their goal. Thanks to the well-coordinated action of the Big Life and KWS rangers, and particularly KWS in the final situation, they were unable to do either.