You are here: Home » News » Experts gather in Botswana to discuss the illegal wildlife trade 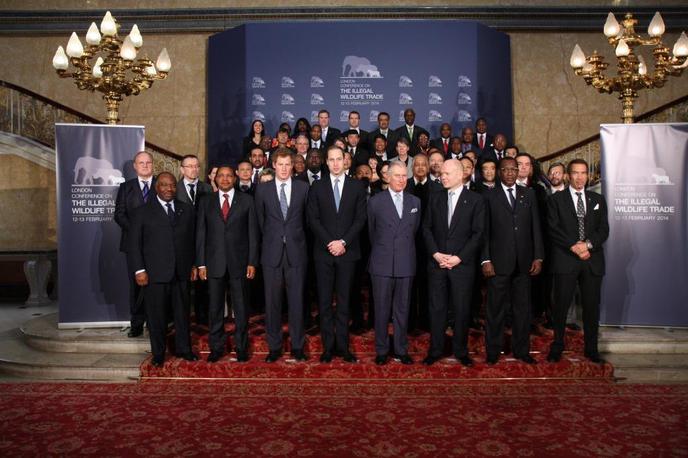 One year on from the London Declaration on Illegal Wildlife Trade, politicians and wildlife experts gathered on 25 March for a follow-up meeting in Kasane, Botswana to discuss the urgent action needed to end the illegal wildlife trade.

The main aims of the Kasane Conference were to review the progress of the London Declaration and commit countries to new and tangible actions to end the illegal wildlife trade.

Key successes in the past year include increased levels of law enforcement action, especially in Africa, which have led to a rise in ivory seizures, and increased cross-border collaboration, while some countries have started to improve their domestic wildlife-related legislation. It was noted that there have been several public destructions of seized illegal wildlife products around the world, receiving widespread publicity. Several countries have also introduced stricter measures on labelling and tracing to tighten up against illegal products entering legal markets.

However, one of the biggest concerns amongst the international conservation community is the lack of prosecutions and sentencing for those involved in the illegal wildlife trade. There has been a serious lack of high-level convictions of the kingpins and criminal syndicates behind the wildlife trafficking.

Despite a number of countries reporting the strengthening of wildlife laws and sentencing, participants identified that there is still a way to go to ensure that domestic legislation treats illegal wildlife trade activities as ‘serious crimes’. At the Kasane Conference, countries adopted a number of additional measures, including focusing on tackling money laundering and other financial aspects of wildlife crime. Increased efforts will be placed on bringing down the kingpins of the criminal syndicates. Unfortunately the report identified limited evidence of new activity since the London Declaration to tackle corruption in government departments.

The report identified the important role of non-governmental organisations in implementing awareness campaigns and behaviour-change strategies in the end-consumer countries. However, it noted that there is not yet evidence of the impact of these strategies and more work is needed to evaluate these and further understand the motivations of those using illegal wildlife products.

Governments also agreed to undertake action to increase the capacity of local communities to pursue sustainable livelihood opportunities and eradicate poverty. Participants also agreed on the importance of further engaging the private sector involvement to tackle the illegal wildlife trade including those involved in online trading, auction houses and logistics and transport companies.

Despite intensive conservation efforts, the rhino poaching crisis has shown no signs of slowing down, with a record 1,215 rhinos poached in South African alone during 2014. That’s one every eight hours. It is estimated that an elephant is killed every 15 minutes for its tusks, with experts calculating that poachers have killed 100,000 elephants in just three years. There is evidently still a long way for governments to go to end this crisis.

You can read the full ‘Review of Progress’ following the Kasane Conference through this link https://www.gov.uk/government/uploads/system/uploads/attachment_data/file/415690/review-progress-kasane-conf-150317.pdf