You are here: Home » News » Corruption at the highest levels 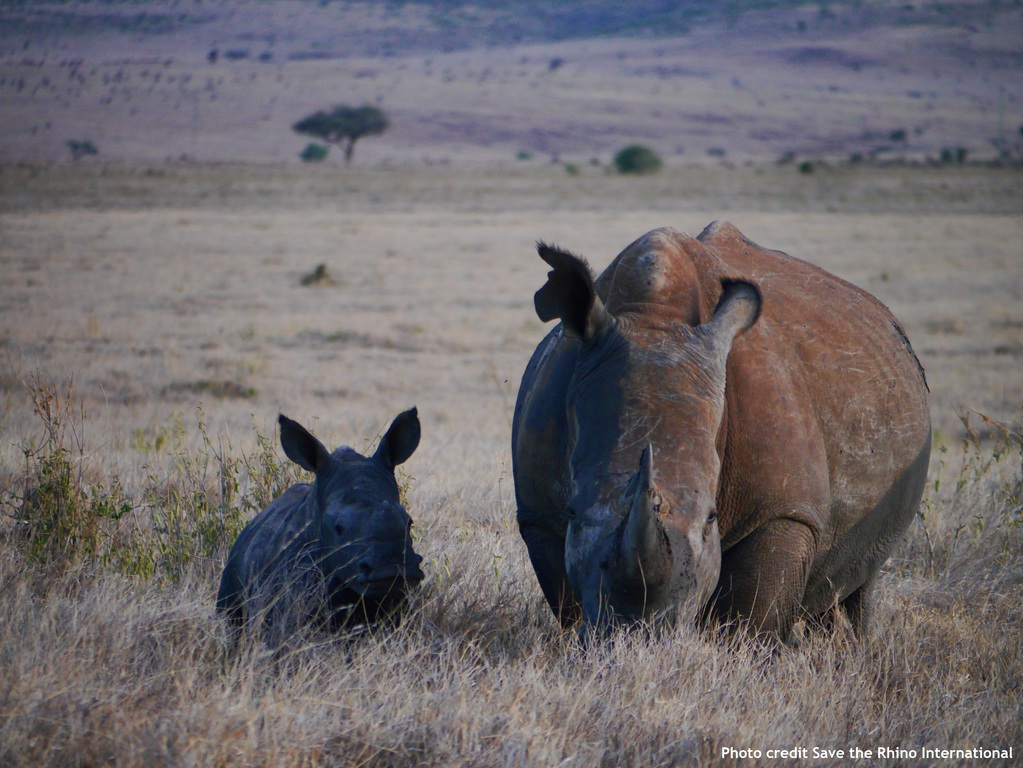 This month, corruption at its highest levels has dominated press coverage on the illegal wildlife trade. A stand-out report by Julian Rademeyer exposed the international networks responsible for smuggling poached rhino horn, with North Korea’s “dodgy diplomats” taking centre place. July also saw news break that the head of Zimbabwe’s Department for Parks and Wildlife Management Authority’s Director General, Edson Chidziya, had been suspended amidst allegations of corruption. Meanwhile, in South Africa, a legal challenge was made by accused poachers Hugo Ras and his alleged syndicate; with potentially far reaching consequences for the success of future prosecutions.

Julian Rademeyer is an award-winning investigative journalist, former Sunday Times columnist and author of the book Killing for Profit, a two year investigation into the people and networks behind the global illegal wildlife trade. His new report, penned with the Global Initiative Against Transnational Organised Crime, gained widespread coverage in print and online media with particular attention levelled at one of its boldest accusations: that much of the illegally poached rhino horn on the black market in South East Asia is smuggled out of Africa via Mozambique by North Korean “dodgy diplomats.” According to the report, North Korean embassy officials have been implicated in 16 of 29 incidents since 1986, where diplomats were found to be smuggling ivory or rhino horn.

Allegations have long circled that the North Korean nationals have used criminal activity to bankroll the regime throughout decades of isolationism and economic collapse, including forays into the illegal wildlife trade. As the surge in rhino horn demand has leapt since 2006, their attention has become more focused on rhino horn as a lucrative supply of laundered cash. Rademeyer’s report illustrates the regime’s secretive agency known as “Division 39” which is tasked with generating revenue streams for the pariah state – an important work-stream for embassies who have had to financially support themselves over the decades and generate funds for the central government.

Rademeyer’s investigation makes a compelling case for the international community to tackle the illegal wildlife trade, and start seeing the phenomenon as part of a much bigger, transnational criminal landscape. Far from being restricted to rhino horn and other animal products, the poachers on the ground, criminal kingpins, dodgy diplomats and smugglers are implicated in weapon smuggling, people trafficking and money laundering amongst other destabilising illegal activities. Throughout the report, it is clear that certain weak spots – geographical and legal – must be tackled to bring about effective change.

One such pressure point is coastal Mozambique, labelled a “smugglers’ paradise”; a status blamed, in part, on the legacy of its former president Armando Guebeza. The country is a regional hotspot for money laundering and has seen rising kidnappings, ransoms and assassinations with the murders of a judge and prosecutor making anti-corruption campaigners increasingly nervous. This year, all foreign aid was suspended when it was alleged that the government had secretly pocketed $1.4 billion from bi- and multi-lateral donors. In this climate, Rademeyer’s warning that “entities like Interpol, Europol, CITES and the World Customs Organisation are only as good as the government officials in member states” seems particularly stark.

Mozambique, as a key transit for smuggled rhino horn, causes South Africa the biggest headache due to its shared border with Kruger National Park, home to the continent’s largest population of rhinos. Whilst security has dramatically increased in South Africa over the years and its government has shown commitment to protecting its endangered rhino population, the fault line with Mozambique continues to see poachers entering the Park and leaving with poached rhino horn. In Mozambique, with its grinding poverty and limited eco-tourism opportunities, Rademeyer writes that there is often anger when poachers are killed. “Why”, asked one father of a poacher, “was an animal’s life worth more than my son’s?” A picture is painted of a country where corruption permeates all levels of society, and meaningful law enforcement is scarce, but education and community-focused development is also a necessity to win hearts and minds.

However, Rademeyer’s report doesn’t just focus on corruption within Africa. The criminal networks are transnational, with one hotspot, surprisingly, being the Czech Republic, where officials estimate that up to 180 people in one small town are involved in rhino horn trafficking, with the illicit product moving through the country before heading to its home destination: Vietnam. “Pseudo-hunts” – whereby horn traffickers pose as Big Game hunters with dubious permits – are one of the key methods nationals from Europe are getting hold of, and trading, rhino horn. There has been a crackdown on legal hunts over the last few years with much more stringent checks made, but spikes in Ukrainian, Polish and Slovak nationals taking part have led to further investigations into the industry.

South Africa and Mozambique signed an MoU in 2014 to build cooperation in combating the illegal wildlife trade, paving the way for cross-border patrols currently in place. South Africa also has agreements in place with Vietnam, Cambodia and the Czech Republic.  How effectively the countries are working together is questionable. In January, Mozambique was due to report to CITES on its cooperation and activities with South Africa in combating the illegal rhino horn trade. Mozambique’s submission was two months late.

In Zimbabwe, the news of Edson Chidziya’s suspension as Director General of the Department for Parks and Wildlife has been met with raised eyebrows.  The word on the street is that the suspension is due to allegations of corruption – rhino horn and ivory sales lining official’s pockets. Unsubstantiated gossip, for example, is circulating that Chidziya has recently become the owner of a newly built mansion.

Others have been wondered whether the move is linked to the country’s recent formal request to CITES to hold a one-off international sale of its ivory stockpiles: 70 tonnes with an estimated to have a sales value of $35 million. The Zimbabwean government has argued that lifting the international ban is the only way to generate funding needed for conservation work and protecting its elephant and rhino population. The volatile Zimbabwean economy has been hit particularly hard by the drought currently affecting swathes of southern Africa, which has left four million Zimbabweans alone vulnerable to famine.

Commentators have observed that CITES would only agree to such a move (and that itself is highly unlikely) if the country’s stockpile security is water-tight.  Questions have been raised, according to SRI’s sources, that suspending the Park’s Director General is designed to send out a clear message that the government is tackling corruption at its highest levels in order to push the motion through at the meeting in September, and provide clear evidence that stockpile theft is a problem that has been resolved.

In South Africa, the trial of alleged poacher Hugo Ras and his group has been delayed until February 2017 after two of his team, Joseph Wilkinson and David Steyn, issued a constitutional challenge. The group have questioned why they are been assumed as guilty and need to prove their innocence, rather than being innocent until proven guilty. Secondly, they have focused attention on the recent lifting of the “moratorium on the possession and transport of rhino horns”, a 2009 piece of legislation which banned rhino horn trading within South Africa for seven years until it was overturned last year.

The gang believe that the lifting of the seven-year ban could can potentially influence the charges levelled against them as suspected poachers operating a far-reaching syndicate trading horns. To this effect, they are challenging the validity of the 2009 moratorium used in in arrests, and claiming the legislation underpinning their arrests was unlawful. Described as a “kingpin” in the media, Ras and his colleagues were arrested last September, for allegedly poaching 22 rhinos from state-owned and private reserves from 2008-2012.

Delays in the trial have caused concern amongst conservationists and law enforcement agencies. It is highly likely Ras and his colleagues will attain bail over the coming six months, and there are worries that other high profile cases could also hit stumbling blocks while the constitutional challenge is debated. A key case jeopardised by current events is that of Dawie Groenewald. First arrested in 2010, Groenewald was released on bail and despite facing serious charges of running an illegal rhino horn trading empire with links to the Czech Republic and Vietnam. He has yet to appear in court to face charges. On 28 July 2016 in Pretoria, Judge Nomonde Mngquibisa-Thusi announced that the Groenewald trial has been postponed until June 2017, awaiting the outcome of Ras’ constitutional challenge.

Amidst this climate, one line from Rademeyer’s report seems particularly apt:  criminal networks are “ruthlessly efficient, imaginative, endlessly adaptive [and]… everything that the government bureaucracies and law enforcement agencies rallied against them are not.”

The real question now is what will come from the CITES CoP in September – will the international community get tough?

One thought on “Corruption at the highest levels”