You are here: Home » News » CITES CoP17: How will China and Viet Nam fare? 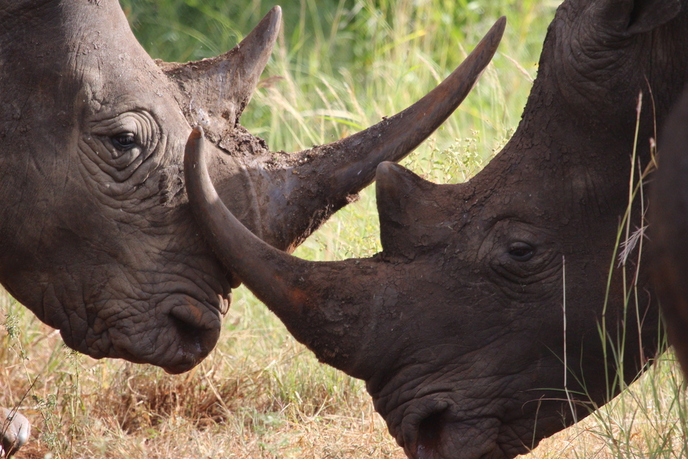 At CITES CoP17 Parties will debate how to tackle the global rhino horn trade. The two countries where demand for rhino horn products is highest and whose consumers are fuelling the poaching crisis – China and Viet Nam – are firmly in the spotlight.

A growing body of evidence has been researched and published that demonstrates China is a key consumer country for rhino horn. The IUCN / TRAFFIC information document prepared for each CITES CoP, “African and Asian Rhinoceroses – Status, Conservation and Trade” includes, for the first time, the recommendation that China be added to the list of countries of “priority concern”.

Whilst receiving this label might sound like a diplomatic wrist-slapping exercise, there are potentially serious ramifications. It would mean that China has to report on its progress in law enforcement and on-going demand reduction work – the latter traditionally a weak area in a country that relies primarily on prosecutions to tackle the illicit trade.

How will Viet Nam fare at CITES, amidst its dismal record for prosecutions against rhino horn kingpins and further delays in enacting new penal codes – changes which could have helped the authorities get tough on sentencing? Two NGOs, the Environmental Investigation Agency and the International Fund for Animal Welfare, have petitioned the US government to enact a Pelly Amendment; a piece of legislation which had a transformative effect on the rhino horn trade in Taiwan and South Korea in the early 1990s; markets which have all but disappeared. The US government is currently reviewing this petition. Viet Nam may have a poor record in prosecutions, but it has shown more willingness to open the door to NGOs and conservationists working on behaviour-change programmes. Given the fraught history between the US and Viet Nam however, imposing the full might of the sanctions available could prove highly problematic for international relations.

Key transit country Mozambique has also had a Pelly Amendment petition filed in the USA, this time by the Environmental Investigation Agency and the International Rhino Foundation, after failing to improve its performance against rhino horn poaching since being named a Priority Country of Concern. Sanctions are threatened against its timber export industry, a key sector in the country’s struggling economy. In a country desperately poor, with high levels of corruption and poor enforcement, are sanctions the answer? Poachers in Mozambique, after all, are mainly lower-level criminals and not the kingpins controlling the transnational, organised trade.

And what about North Korea? Its embassies have been identified as having a clear role in rhino horn smuggling as they are tasked with raising cash for Pyongyang’s regime, but the pariah state is not named in the IUCN / TRAFFIC report for the CITES CoP17. Perhaps we’ll have to wait until the next CoP for that.

Namibia has also been proposed to join the “priority country of concern” list. In a country with more capacity and resource than Mozambique, but with mixed results in terms of convictions and sentences (some alleged poachers have been let out on bail and absconded; others have been let off with a meagre fine rather than jailed), this could be just the push its actors need to start working together better. One of the outcomes of CITES pressure is for countries to declare rhino poaching a priority crime, and rally enforcement agencies behind a clear strategy.

In South Africa, home to the world’s largest concentration of rhinos in its Kruger National Park, which as a result bears the brunt of the poaching crisis, this approach appears to have yielded some success. In a recent press release, Minister Molewa declared

We are pleased to announce yet again, as we did in January and May, that poaching is on the decline in Kruger National Park, bucking the trend in rhino states worldwide.

As South Africa’s political will and rangers on the ground show signs of success, criminal gangs look to exploit fault lines elsewhere. CITES’ Parties’ biggest challenge will be to work out when to give a helping hand – and when to get tough.