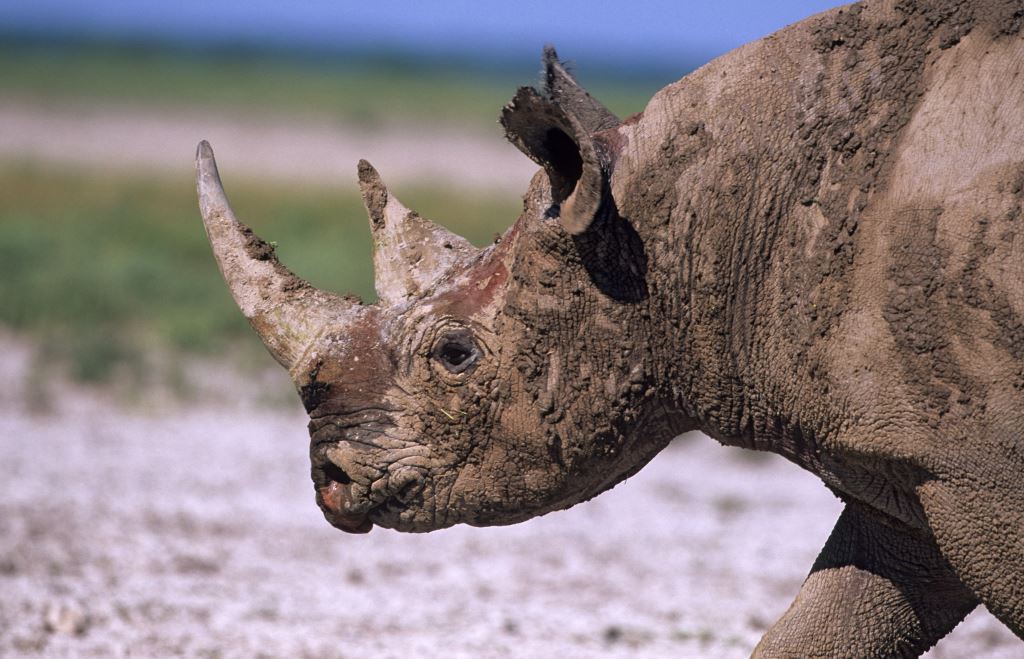 Over the past few months, there have been worrying signs of increasing involvement of Chinese nationals in rhino horn smuggling in Namibia, providing a strong indication of international crime syndicates being active in the country.

On 23 March 2014, three Chinese nationals were arrested by the Namibian police after they were caught trying to board an aircraft with 14 rhino horns and leopard skins hidden in their luggage. Vigilant customs officials discovered the rhino horns during a routine luggage scan. The horns had been wrapped in foil, in an attempt to deflect the x-ray, before being hidden in clothes. The three individuals had flown in from China and arrived in Zambia before arriving in Namibia on a tourist visa. They were attempting to smuggle the horns from Namibia to Hong Kong.

All three appeared in a magistrate’s court on March 23 and were remanded in custody. They have been charged with possession of and export of controlled wildlife products. It is not known where the rhino horns originated from, and investigators have now sent the horns for forensic testing.

The arrests come shortly after a successfully executed sting operation which led to the arrest of a Chinese businessman in Opuwo, who was accused of attempting to buy rhino horns from locals in the area.

These high profile cases come after a spate of rhino killings in Namibia. In mid-April, a black rhino was killed in the Palmwag concession in the country’s northwest region. It was reported that the sub-adult male died after been gunned down by at least five bullets. The rhino’s horns had already been removed by poachers by the time the carcass was discovered. No arrests have been made to date.

Just a few weeks earlier, two six-year-old hand-reared white rhinos had been poached on a game farm near to the Namibian capitol Windhoek. The cow and bull were found without their horns 100m from each other.

The official number of rhinos poached in Namibia is unclear; however news reports estimate that around 10 rhinos have been poached since 2009, including the three cases this year.

There has been mounting pressure on the Namibian government to comment on the recent poaching instances and what they are doing to tackle the rhino poaching crisis. The Ministry of Environment and Tourism subsequently released a statement explaining that cases still under investigation and yet to appear before the courts had to be handled sensitively, meaning that information would be scarce during that time.

The government body reaffirmed its commitment to rhino conservation and continuing efforts to strengthen effective crime prevention and law enforcement including strong and effective presence on the ground and dedicated investigation units that focus on criminal syndicates and organised crime.

Namibia has an excellent recent conservation history and it would be tragic to see the poaching crisis currently hitting South Africa spread over the border into Namibia.

Please help Save the Rhino support local conservation efforts of the Save the Rhino Trust who are working to protect the country’s critically endangered desert-adapted black rhino population. Click here to donate.

All Africa – Namibia: rhino poachers strike again
All Africa –  Namibia: Call to Break the Silence On Rhino Poaching in Namibia

One thought on “Chinese rhino horn smugglers active in Namibia”