You are here: Home » News » Save the Rhino calls for improved controls for the sale of rhino horn antiques 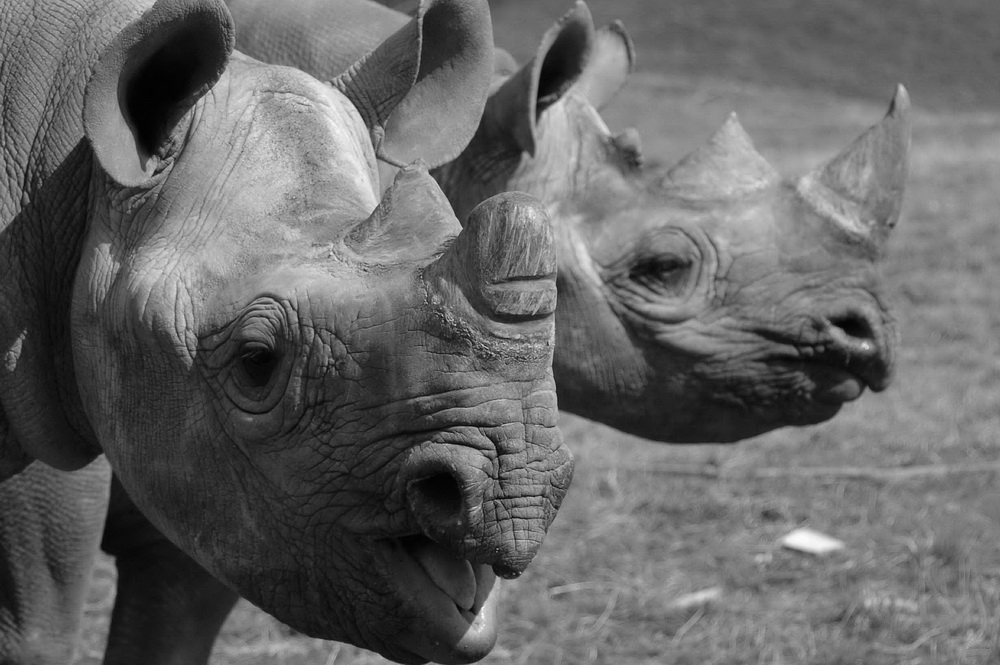 A report[1] released today by Save the Rhino International[2] reveals that 89% of the rhino horn antique items on sale in the UK last year had no proof of age or origin[3]. The research, the first of its kind for rhino horn antiques, demonstrates that worrying loopholes make it possible for criminals to launder horn in the UK which in turn contributes towards the illegal poaching of rhinos across Africa and Asia. The findings come as the Government prepares for the international conference on Illegal Wildlife Trade[4] later this week.

It is illegal in the UK to sell rhino horn that dates from post-1947, has been carved after 1947 or is unworked (not carved), unless the horn is attached to a full taxidermy rhino head. Without testing, it is impossible to determine if modern rhino horn (post-1947) or pre-1947 trophy horns have been carved or re-carved and sold illegally. Yet there is currently no requirement in the UK to verify the age or provenance of an item before it is sold. According to Save the Rhino’s knowledge, no such testing was completed on any of the 300 individual items offered for sale at auction during 2017.

A number of suspicious items were also observed[5], suggesting that the UK antiques trade is being used to launder modern rhino horn, enabling it to be cheaply trafficked to demand countries. The research found that 268 items were sold by 51 auction houses[6] with the lowest price being £30 – far less than the value of horn on the black market[7].

Cathy Dean, CEO of Save the Rhino International and the report’s Co-author said,

“Gaps in the system are likely allowing illegal items to be sold in order for unscrupulous individuals to gain. Through all of this, the rhinos are the ones losing out, with three rhinos killed each day for their horn. The UK antiques trade surely wishes to avoid being implicated in facilitating the demand for illegal rhino horn. Action must be taken to ensure that no modern rhino horn is leaking into the market.”

Sophisticated criminal networks use every way possible to traffic illegal rhino horn to consumer countries, often routing it through EU countries. Rhino horn is used across Asia in Traditional Chinese Medicine and, most recently, as a status symbol. The trade in their horn has driven a rapid escalation in poaching since 2007, with more than 1,100 rhinos killed for their horn in Africa in 2017, compared to 60 in 2006.

In May this year, an Ivory Bill was brought before the Government to stop ivory products (with exemptions) being sold in the UK and moving into the global market. No such legislation has yet been proposed for rhino horn items, leaving the UK antiques trade open to exploitation.

Save the Rhino International is calling for consultation and research, for immediate best-practice standards to be widely adopted and, in the longer-term, for tighter controls on the sale of antique rhino items.

With all five species of rhino facing extinction in the wild, immediate action must be taken to stop the flow of illegal rhino horn into the UK – and global – market.

[1] The full report can be found online: www.savetherhino.org/sounding-the-horn

[2] Save the Rhino International is a rhino conservation NGO, charity number: 1035072

[3] Table 1 below shows full figures on the number of items researched, sold and with any provenance

[4] The London Conference on Illegal Wildlife Trade is taking place on 11 and 12 October, with an international delegation: https://www.gov.uk/government/topical-events/london-conference-on-the-illegal-wildlife-trade-2018

[5] Suspect items include those where the carving is of low quality or the item did not appear to fit correctly. Such items could have been amended to look like pre-1947 rhino horn antiques but in fact are modern horn being traded

[7] Rhino horn is in high demand from countries such as China and Viet Nam, with prices of ground horn fetching $10-$20 per gram in Southeast Asia.