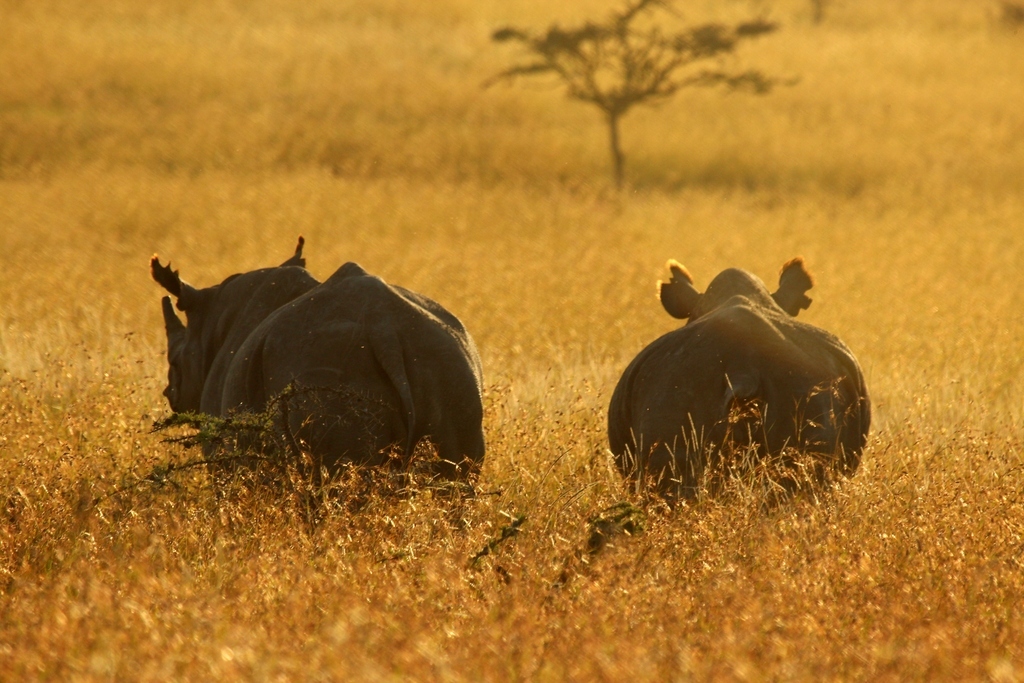 This is the first time in Kenya that two privately owned and run organisations have undertaken such a move for the benefit of one of the country’s most threatened species. Borana Conservancy and Lewa Conservancy have been working closely with the Kenya Wildlife Service to achieve this goal.

Lewa is a pioneer of black rhino conservation in Kenya, and was established as a wildlife sanctuary in 1983 as the Ngare Sergoi Rhino Sanctuary. Borana is the newest black rhino sanctuary in Kenya, having received its founding population of 21 animals last year in August. 11 of the rhino came from Lewa and the other 10 from Lake Nakuru National Park.

Poaching and the lack of available habitat are the two greatest threats to the recovery of black rhino numbers in Kenya. The creation of the Sanctuary is an incredibly valuable conservation step to allow Kenya’s rhino population to increase. The increased habitat area will benefit other wildlife as well as rhino.

Lewa’s CEO, Mike Watson explains that within the next two years the Sanctuary aims to become a ‘Key 1 population’ as defined by the African Rhino Specialist Group.

Save the Rhino is delighted that Borana Conservancy will join Lewa to form Kenya’s largest rhino Sanctuary. Since 2006 Save the Rhino has supported Borana Conservancy’s preparation efforts to become a rhino sanctuary and we also helped fund the rhino translocations. After years of hard work by all those involved, it is fantastic to see such a collaborative rhino success story!