You are here: Home » News » First ride in a helicopter! 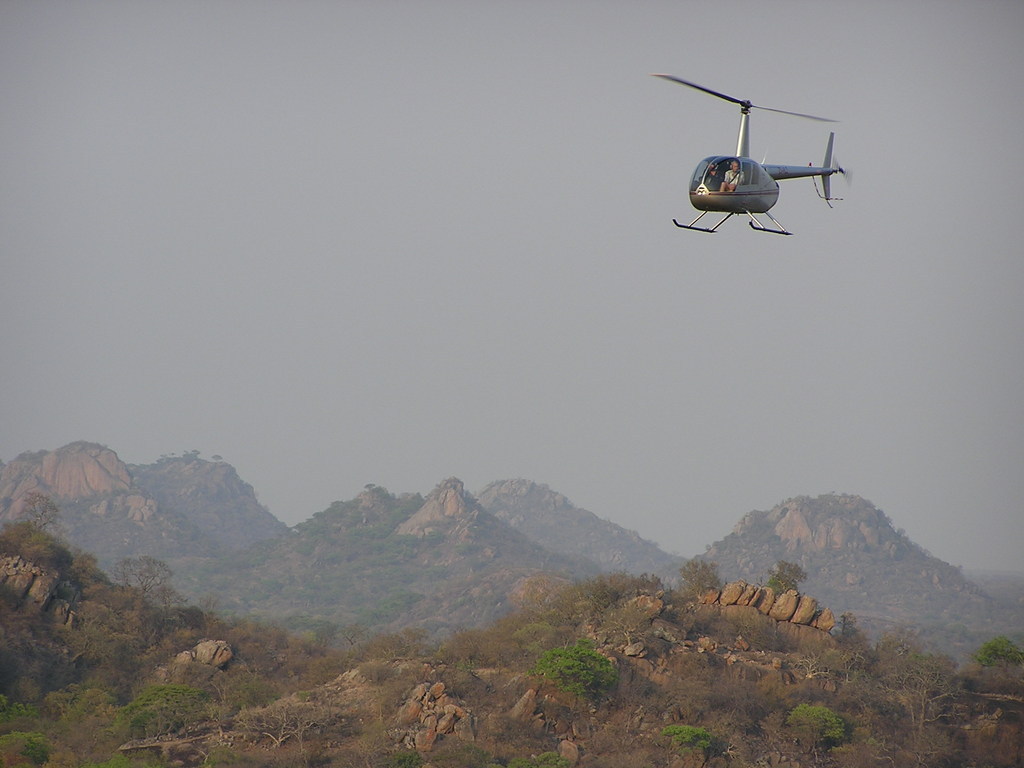 It was on Sunday 28th April 2013 when we had a trip to Chama district zone to deliver activity books for learners and teachers guides (TCG). Mr Glinton the pilot, Madam Claire, Mr Michael Eliko and I boarded the helicopter at exactly 14:15 hours. On our way going we saw elephants, zebras and warthogs. When arrived at Luelo Zawa Camp, we found many people watching the helicopter, and when it was landing people were covered in dust and children were even running away.

After handing over the conservation materials to the park ranger for distribution in schools that are in the Zone. Then on our way back we flew from Luelo to the Bush Camp then following Luangwa river up to its confluence with Mwaleshi river. Thereafter, we came up to Mwaleshi Lubonga Confluence, then Lubonga to Lubonga airstrip and landed safely.

When we were flying along Luangwa we saw hundreds of hippos and a lots of crocodiles huge and small ones. Along Mwaleshi we saw a variety of animals and birds, and there was a very huge crocodile at Mwaleshi and Lubonga Confluence.

It was an exciting and fantastic trip and very enjoyable. It was also amazing to my colleague and I due to the way the helicopter was turning in corners and riverbanks. We won’t forget (thank a lot).