You are here: Home » News » Community conservancy cracking down on rhino poachers 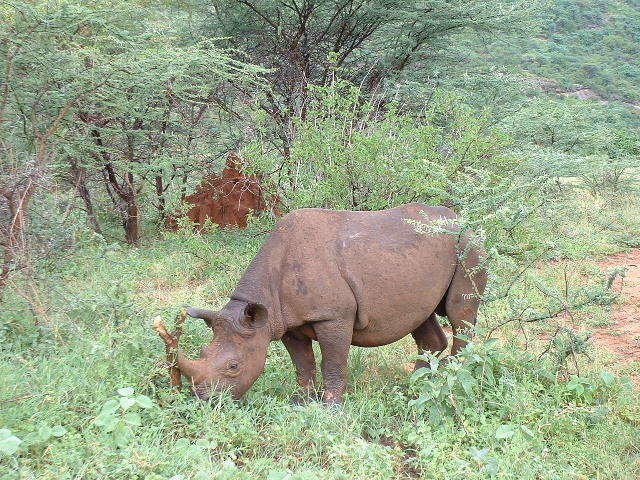 In April 2013, the Il Ngwesi community in Kenya was shocked by the brutal killing of its black rhino Omni, who was speared to death by poachers. Omni was found with a poisoned spear inside his body, his horns remained intact.

Black rhinos were once plentiful in the area, however they were wiped out by the 1970s during a huge wildlife slaughter. Omni was incredibly important for the community; he was translocated from Lewa in 2002 when the Kenya Wildlife Service agreed to move a black rhino to the newly created community-owned rhino conservation area.

The Il Ngwesi community was shocked by the killing of Omni, and immediately launched an investigation to search for the killers. With the help of other stakeholders including the Kenya Wildlife Service, the community elders organised meetings and used modern and traditional methods, including the threat of curses, to effectively force a confession from the poachers.

During the second community meeting, two men confessed to killing Omni and three others were identified to be involved. Since then the community has pressed charges and four men have admitted to the killings in court. During the court hearing the judge set the culprit’s bail at Ksh 3 million (USD 37,500) per person, the highest ever in respect of wildlife crime in the country. This is an encouraging sign that the Kenya government is taking poaching crimes seriously.