You are here: Home » News » COPs and Rhinos 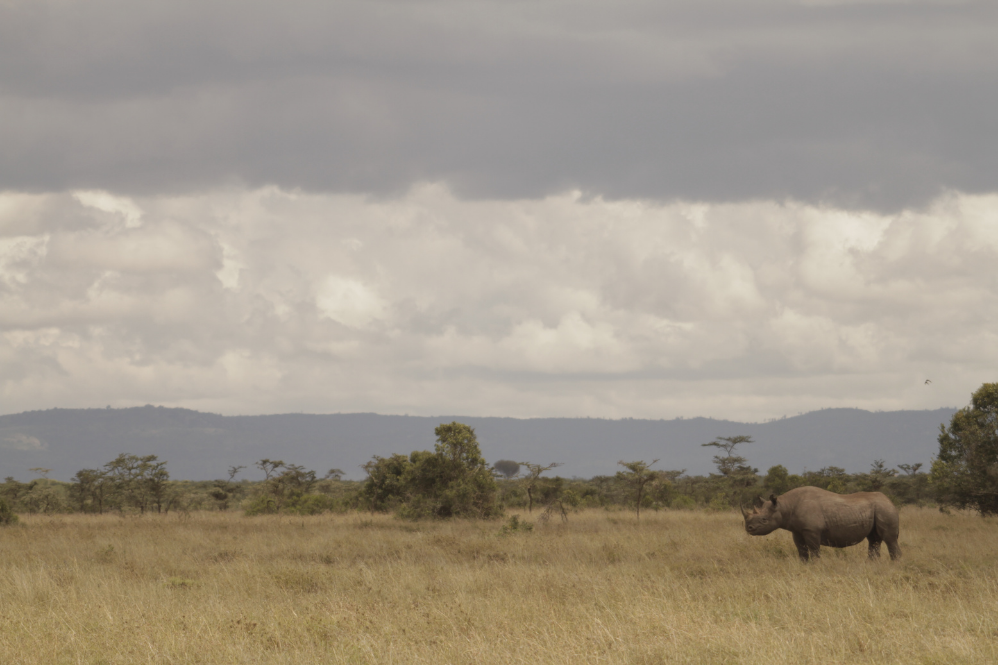 You’re probably used to us writing about tackling poaching and securing safe habitat for rhinos, so it might come as a surprise that, here at Rhino HQ, we’re keeping a close eye on the strange sounding ‘COP26’ that is about to start in Glasgow. I thought I’d try to explain why.

This is all about the great global conservation challenges that have become part of daily discussion, and great concern, for many of us over the past years. Issues like climate change and biodiversity loss are complex, interlinked, and hugely important to our mission to save rhinos.

So, what’s a COP? A COP is a ‘Conference of the Parties’, a meeting of all those Parties (governments and other international organisations) to an international convention. The COP in Glasgow concerns the United Nations Framework Convention on Climate Change, and this is the 26th meeting for this convention, so ‘COP26’.

But COP26 isn’t the only conference going on at the moment. Less in the news, but just as important, COP15 of the UN Convention on Biological Diversity (the ‘UN Biodiversity Conference’) has just taken place online (actually it was Part One of COP15; hopefully Part Two will be a physical event in Kunming, China, next year). That conference has produced the Kunming Declaration, a commitment signed by many of the world’s governments to recognise the importance of biodiversity and ‘put biodiversity on a path to recovery by 2030 at the latest’.

That sounds great, but we must remember that COP10, in Nagoya, Japan, in 2010, set out 20 ambitious ‘Aichi’ biodiversity targets that were to be achieved by 2020. Not one of them was reached! We can only hope that the Kunming Declaration of 2021 will be more successful.

If you’re not so familiar with the strange world of international conservation policy, here’s a potted history of the last few years…

That about brings us up to date. I hope this helps to explain why, as rhino conservationists, we’re keeping a close eye on Glasgow and COP26. Climate change is already affecting rhino habitats around the world: rainfall patterns are shifting, and we are seeing a greater number of extreme weather events like droughts. While the long-term impacts of climate change on rhino habitats are difficult to predict, they are highly likely to be serious and none of them is likely to be good for rhinos. On the other hand, our work to protect rhinos and their habitats has many benefits for people, not least in helping to limit global climate change and build resilience against local impacts.

So, to achieve our vision of all five species of rhino thriving in the wild, we need to not only stop poaching and secure safe spaces for rhinos, but we need also to dramatically change the way we live, to reset our relationship with nature if we are to ‘build back better’ after this ghastly pandemic. And we need to do all that in the next 10 years.

As the recent IPBES Report puts it – ‘a sustainable global future for people and nature is still achievable, but it requires transformative change with rapid and far-reaching actions of a type never before attempted, […and] will entail a profound collective shift of individual and shared values concerning nature…’.

In a plain English analogy, the world’s scientists are like the doctor, trying to make us understand that, even if we can’t feel all the symptoms yet, we have a very serious condition. We can enjoy a long and happy life, but only if we make major and urgent changes to our lifestyle. If we carry on as we are now, and cross our fingers, then we will not succeed, and many of us, and many rhinos, will not survive. To protect our natural world, we must urgently change our own lifestyles, and we must persuade our families and friends, our organisations and our governments to do likewise. And please, please keep supporting our work to save rhinos!