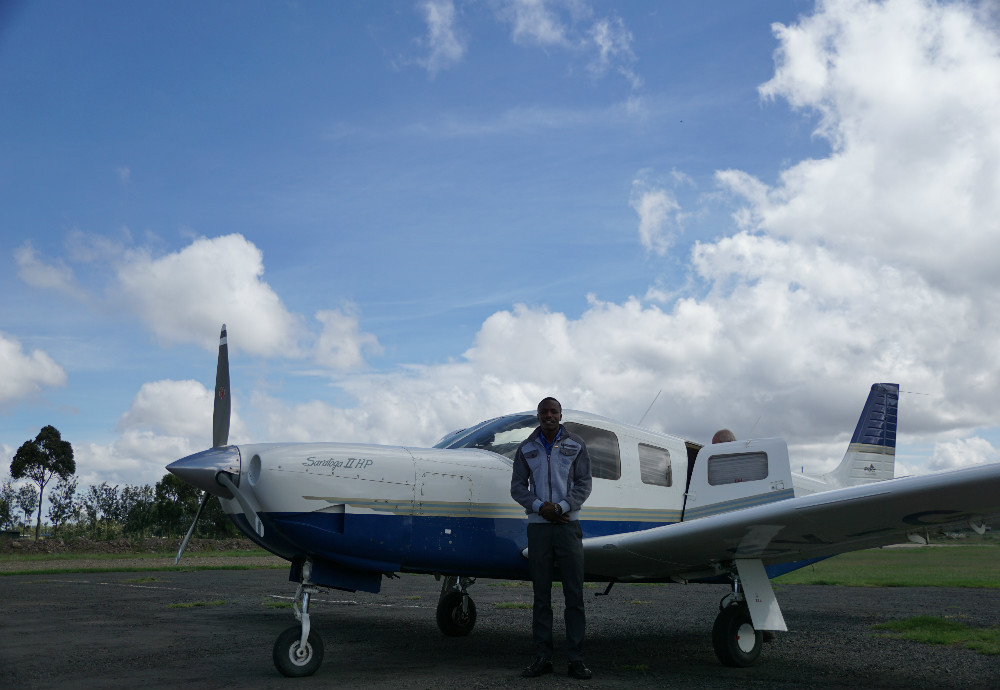 One of the participants at the stakeholders’ workshop to develop the 6th edition of the “Conservation and Management Strategy for the black rhino in Kenya, 2017-2021” was a young guy called John Gitonga. John recently graduated from Nairobi University, where he did a degree in natural resource management (range management), and since January 2017 he’s been working as an intern at the Laikipia Wildlife Forum in Nanyuki, the main town in Laikipia County.

One of John’s main projects has been co-authoring a survey on the perceptions of rhino and rhino conservation among children and youth in Laikipia county. Through focus group surveys with wildlife/environmental clubs, the team from the Laikipia Wildlife Forum interviewed almost 800 children and youths from 23 different institutions (primary schools, secondary schools, children homes, a youth hub and a college). The results are helping the LWF to determine perceptions of rhinos and rhino conservation in Laikipia and to develop a communications strategy to popularize rhino conservation in Laikipia. We intend to share the monitoring and evaluation (M&E) carried out by Ruth Desforges from ZSL of the Lolesha Luangwa conservation education programme in North Luangwa in Zambia with the LWF team and vice versa – there are some interesting findings that could help both programmes.

John is clearly very keen to find a permanent role within conservation education. He was an enthusiastic contributor in our working group that looked at the “Communication and engagement” Strategic Objective in the Strategy workshop (the first large workshop he’d attended), and we had a chance to chat further today when we flew back from Lake Naivasha to Nanyuki in time for the next meeting with the main rhino conservancies in Laikipia. You can travel by road, either south via Nairobi, or north via Rumuruti, and John had caught buses (“matatus”) to get to the workshop; a journey lasting about seven hours. But Jamie Gaymer, Conservation Manager and Ol Jogi as well as Chair of the APLRS, had arranged a lift to Nanyuki for us both in his father’s plane, and there was room for John too.

Just as we were taxiing down the dirt airstrip, on a virtual island in Lake Naivasha linked to the shore only by a single-lane track, we thought to ask John if he’d ever been on a plane before. No he hadn’t. So we explained what would happen, checked his seat-belt was done up, pointed out the sick bags (not needed), and opened up the throttle. As we rose above Lake Naivasha, we had wonderful views of impala and hartebeest with their newborn calves, happily grazing on bright green grass after the rains that began falling three weeks ago, and then over the flower farms and cultivated fields that stretch from the shoreline. Ahead of us was the edge of the Rift Valley and beyond that the Aberdare Mountains, an imposing landmark with a huge, marshy plateau on top of the mountains. As we rose up through the clouds, John explained that he and some friends had done a high-level circuit of Mt Kenya last year, walking and camping for five days, when he’d seen what it was like to be actually in the cloud.

Now we gently bumped through the clouds, with gaps opening up occasionally to reveal the forest below. The Aberdares National Park holds a small population of black rhino; there has been debate for years about whether they are a montane-adapted variation of the Eastern black rhino (Diceros bicornis michaeli); the genetics work being carried out by KWS scientists will help answer that question, and inform future translocations in or out of the Aberdares.

As we cleared the mountains, Jamie’s father warned us that we would start descending quite quickly, and that John should yawn or pinch his nose and try to breathe out in order to unblock his ears. We picked out more familiar sights: the slopes of Mt Kenya (the summit was covered in cloud); the main road coming from Nairobi to Nanyuki; and the vast Solio Game Reserve, home to more black and white rhino. A few minutes later, the landing strip at Nanyuki came into view and we touched down smoothly. John confessed that he had been a little nervous before take-off but that he’d hugely enjoyed the experience. I had to take some photos to celebrate the occasion.

John is fantastically keen to promote conservation through environmental education, and it was striking just how many emerging talents there were at the workshop: bright young Kenyans who are ready to enthuse the next generation.

A transport lift for John, and an inspiring lift in spirits for me.

(If anyone has a potential job for John, his email address is johntheuri2@gmail.com)