You are here: Home » News » Save the Rhino’s CITES Debrief 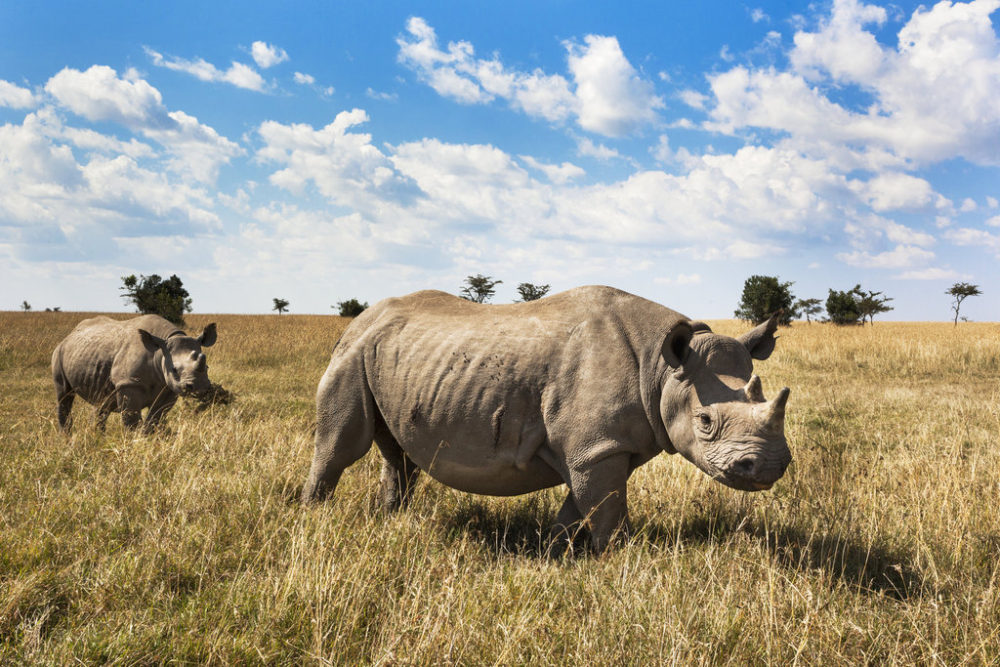 In Johannesburg, South Africa, at the tail end of September and first week of October, Save the Rhino’s top prediction for the CITES CoP17 proved right. As we expected, Swaziland’s proposal to legalise the international trade in rhino horn, banned by the treaty since 1977, failed to reach a two-thirds majority; 26 voted in favour, 100 against, and there were 17 abstentions in the secret ballot. At CITES, the EU votes as a block – a subject for another article in itself in light of recent events in the UK.

Furthermore, the CITES CoP is exactly the type of event at which divisions between conservationists can appear especially stark as organisations against all form of animal use inevitably clash with those who believe in sustainable hunting or farming.

Whilst Swaziland’s proposal was ultimately unsuccessful, it has put the question of whether a legal horn trade can solve the poaching crisis firmly on the public agenda and, as TRAFFIC’s Tom Milliken put it, raised the increasingly tough question that all rhino conservationists must mull over: “Who pays for it?” TRAFFIC, like Save the Rhino, did not support Swaziland’s proposal but in a recent interview, Milliken voiced concerns about funding available for conservation.

“…we are entirely sympathetic to the motivation that Swaziland has to leverage finance…and this is the rub here, that if the global community is expecting that there will be rhinos in Africa, elephants in Africa, in perpetuity, who’s going to pay for that to happen? Because the finance is just not available, and the more we foreclose on the avenues of realizing finance that Africans themselves can do — sustainable utilization of resources, trade, sport hunting, these sorts of things — and we’re not replacing it with other tools in the toolbox, these are countries that are cash-strapped.”

Swaziland, like many countries in Africa, is extremely poor, but its government has stringently protected its relatively small rhino population, and has hardly suffered poaching losses as compared to other rhino range states. In fact, since the current rhino poaching crisis began, Swaziland has only lost three animals: two in 2011 and one in 2013. But this level of protection costs money. And whilst funds have continued to be forthcoming, in great part due to the support given by the country’s reigning monarch, rhino protection costs continue to grow exponentially. According to the proposal to CITES from Swaziland’s Big Game Parks, funds from a legal, international horn trade could be ploughed back into conservation and community development; generating income and opportunity for local people – certainly a laudable aim, in theory.

In practice, the issue becomes murkier. As Save the Rhino has previously stated, it is unclear whether a legal horn could save rhinos or hasten their demise. The evidence simply isn’t persuasive enough either way. But we do know that it is unlikely to be a panacea for the poaching crisis. Future legal trade or not, poachers will always try to undercut the market, and rhinos will continue to be vulnerable to the pressures of habitat loss and increased competition with humans for land and its resources.

According to National Geographic,

Ted Reilly, the 80 year-old pioneering conservationist behind Swaziland’s parks and preserves, spoke passionately about the rhino horn ban during a meeting at the Kingdom’s Milwane Wildlife Sanctuary last month. “It’s been in place for forty years and it isn’t working. Isn’t it time to try a different policy?”

It has been widely reported in the media that African rhino range states, including South Africa, overwhelmingly came out in favour of Swaziland’s proposal. South Africa, had not tabled a proposal of its own after a Committee of Inquiry, tasked with researching the issue, had concluded that the conditions required for a functioning legal trade were not in place. According to various journalists, Namibia, Zimbabwe and South Africa voted in favour of Swaziland’s proposal. Together, these four countries are home to 90% of Africa’s rhinos.

It’s not difficult to see overarching trends – a mass loss of biodiversity and megafauna – and feel pessimistic. It’s also understandable that one might see the poaching problem as intractable. But this isn’t quite the case. Prior to 2006, rhino poaching numbers were relatively stable, and much smaller. Since the poaching crisis of the 70s and 80s, rhino populations had recovered and translocations had helped repopulate areas that had previously lost charismatic species like rhinos. Threats of CITES sanctions and a Pelly Amendment from the United States (which can enforce all-encompassing bilateral sanctions rather than just against wildlife products, as is CITES’ jurisdiction) combined with effective enforcement and demand reduction work saw key markets for rhino horn in South Korea and Japan all but disappear.

Today’s demand in rhino horn is mainly attributed to consumers in Viet Nam and China. Research shows that an economic boom in Viet Nam, and rapidly emerging business elite, has fuelled the perception that rhino horn is a status symbol. History – and examples like those outlined above – teaches us that fashions come and go, and effective action on all fronts can stop a trend like rhino horn use, before it’s too late. But will CITES’ decisions lead to action this time round?

A delegation from CITES will spend the next few months visiting Viet Nam and Mozambique, as countries currently listed as of “priority concern” to the Convention, and effectively in special measures for their failure to tackle the illicit horn trade. In early 2017, reports from these delegations will be evaluated by the CITES Standing Committee. Both countries have dismal rates of prosecutions. In Viet Nam, new legislation that could help the police to enforce anti-wildlife trafficking was delayed indefinitely in May 2016.

The CITES Rhino Working Group was not impressed and, depending on the delegation’s findings, Viet Nam and Mozambique could both see themselves with sanctions on their wildlife trade. Such outcomes could also influence to the US government in its consideration of whether to invoke the Pelly Amendment, with petitions to do so lodged in 2012 and 2014 respectively. Mozambique’s timbre industry would be particularly hard-hit, whilst the potential ramifications for US-Vietnamese international relations could also be far reaching.

Meanwhile, conservationists who found themselves at loggerheads over the question of whether to trade or not to trade need to find a way forward. The ban has been upheld and a legal trade looks a long way off. Meanwhile, on the eve of the conference, aptly World Rhino Day, six rhinos were found dead from poaching in South Africa’s Hluhluwe-iMfolozi Park. On the ground, the training, arms, equipment and sheer man (and woman) power needed to combat poaching becomes increasingly expensive. But who will pay for it?

4 thoughts on “Save the Rhino’s CITES Debrief”