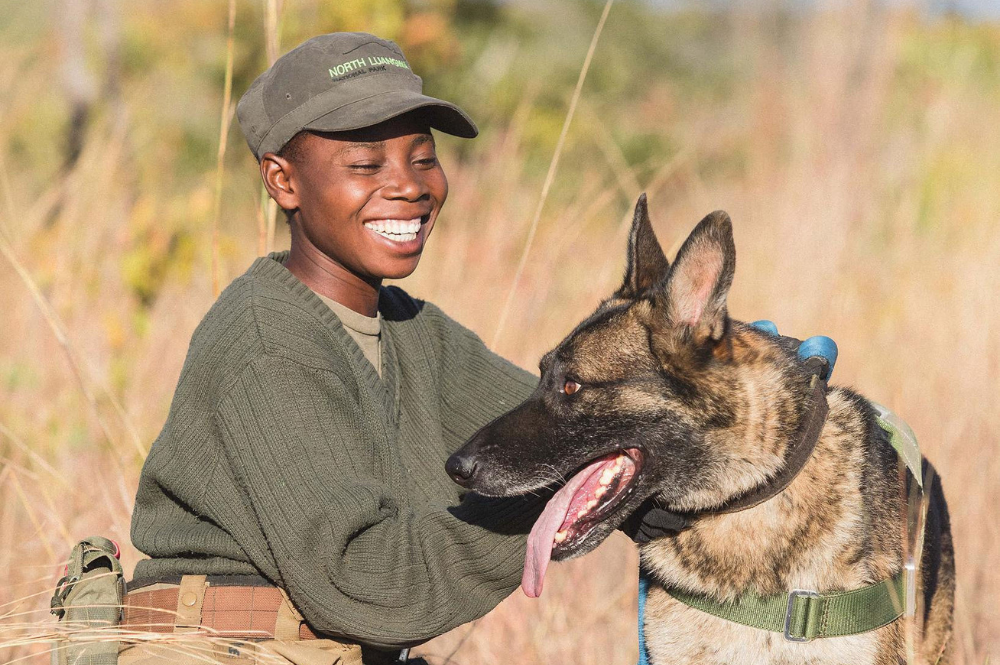 The past year has forced many of us to re-evaluate different aspects of our lives, not least how we work together. But even before the pandemic took hold, the Save the Rhino Team was in contemplative mood. In 2019 we passed our 25th birthday, and we were determined to reflect on our first 25 years of rhino conservation, to learn lessons that might inform the next 25 years, and to produce a 25-Year Impact Report to capture our experiences so far.

Due to Covid-19, that Report has taken longer to produce than we anticipated, but it is finally finished and we are proud to launch it today.

Save the Rhino International grew out of the fundraising ambitions of two people, Dave Stirling and Johnny Roberts, who in 1990 decided to ride their motorcycles across Africa to raise money for rhino conservation. Once they got back to the UK, they continued to fundraise, running their first London Marathon in 1992 and securing the iconic rhino costumes with which the charity is still so clearly identified today. In 1994 Dave and Johnny formally registered Save the Rhino as a charity.

In those days, white rhinos in Southern Africa and Greater one-horned rhinos in India and Nepal were slowly recovering from near extinction due to excessive hunting in the 19th century. But black rhinos had been decimated by poaching in the 1970s and 1980s: their numbers had plummeted from an estimated 100,000 in 1960 to only 2,500 by 1995. And across the Indian Ocean, Sumatran and Javan rhinos that were already very rare were being forced out of their few remaining refuges.

Fortunately, poaching declined in the 1990s, and the first half of Save the Rhino’s existence was focussed on recovery programmes. Black rhinos were reintroduced to former habitats in places like the Luangwa Valley in Zambia: some rhino populations began to recover. Then tragedy struck in 2008 – poaching returned, poorly guarded populations were wiped out, and a generation of skilful wildlife-monitoring rangers had to retrain as security guards. By 2013 we were losing more than 1,000 rhinos a year in Africa.

The tide has slowly turned on the latest poaching crisis; losses are less, but a rhino is still lost every 22 hours in South Africa, and much damage has been done, both by poaching and, particularly in Asia, by human expansion and habitat loss. Subspecies have been lost – the Western black rhino was declared extinct in 2011 and the Northern white rhino is functionally extinct, unless assisted reproductive technologies can ‘recreate’ the subspecies. And rhinos have disappeared from former range states – there are no longer Javan rhinos in Viet Nam, nor Sumatran rhinos in Malaysia; both of those species now number fewer than 80 animals each.

But even in this most serious of situations, there is hope. Despite the best efforts of poachers, and because of the efforts of many wonderful rangers and myriad other people, there are now more than 5,500 black rhinos and a significant global population of Southern white rhinos. In India and Nepal, the remaining 3,600 Greater one-horned rhinos seem stable, if somewhat cramped, and huge efforts are being made to give Sumatran and Javan rhinos the safe spaces they need to recover.

Today, Save the Rhino International operates as part of a community of people who care deeply about wildlife conservation in general and rhino conservation in particular. Our partners and friends include conservationists, communicators, fundraisers and influencers from all around the world. In a year in which significant income has been almost completely cut off by the Covid-19 pandemic, many of these wonderful people have stepped up to meet the urgent needs of conservation partners. As we have said in some of our recent communications, rhino conservationists can wear khaki shirts or business suits, running shorts or baking aprons – all play a vital role in the conservation effort.

Looking forward, the next 25 years of rhino conservation will be defined by our responses both to familiar and immediate conservation threats and to the great global conservation challenges that have emerged in the 21st century. We will need to buy boots for rangers while confronting international wildlife crime, restore degraded habitat while mitigating global climate change, build sanctuaries for Sumatran rhinos while challenging devastating overproduction and overconsumption.

No one can do all this alone but, through the coming years, we will continue to work with inspirational partners, supporters and friends around the globe to safeguard our natural world, protect wildlife and save rhinos.