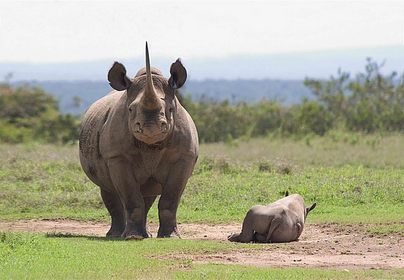 Saturday 22nd September was World Rhino Day 2012. People around the world took part in events and raised awareness of the five rhino species and aimed to debunk the myths surrounding the use of rhino horn.

To mark World Rhino Day, Save the Rhino held it’s very first wine tasting event! 60 people enjoyed a fascinating evening, with Neil from Linton Park Wines delivering an informative talk about the seven different wines he had brought for guests to taste. Four of the wines were from the Linton Park Wines rhino range, and there was even a mystery wine! At the event the work of Save the Rhino was introduced and guests took part in a rhino myth-buster quiz to help raise awareness. The event was kindly hosted by Vivat Bacchus restaurant, London Bridge.

Elsewehere rhinos could also be spotted at the Three Wine Men event at Lords Cricket Ground, London! Check out pictures from both events on Facebook: www.facebook.com.savetherhinointernational

To read a fantastic round up of all the events held for World Rhino Day, please click here