You are here: Home » News » The Birmingham Rhino 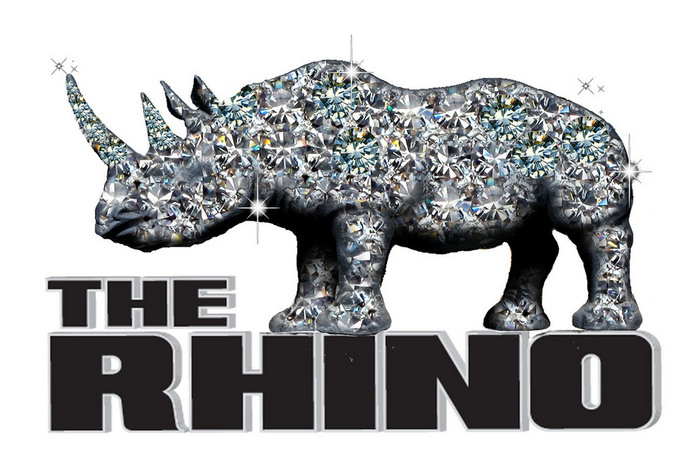 It seems like artists all over are being inspired by the magnificent rhino in many different and fasinating ways. Earlier this month we had a news story about three artists who had created magnificant rhino sculptures and imagery. Now the  Birmingham City Council in the UK and the BLGBT (Birmingham lesbian, gay, bisexual and trans community) have created an iconic piece of public art inspired by our favourite animal, the rhino, to mark the entrance to the Gay Village.

The Rhino project was conceived in response to an open competition, advertised in the national arts media,  to create an iconic piece of public art to mark the gateway to the Gay Village. It is part of the Big City regeneration plan for Birmingham, in partnership with the Birmingham LGBT community. Artists, Robbie Coleman, Vikki Litton and Emma Butler, responded to the competition brief by proposing the siting of a life-size jewelled rhino on top of the Wynner Building.

“We tried to reflect the City’s history of jewellery making and add some vintage (60s/70s) symbolism of the Gay Rights movement. The Rhino was a symbol used by Boston Gay Rights activists in 1974. They selected this animal because, although it is sometimes misunderstood, it is docile and intelligent – but when angered, it fights ferociously. They added a heart to represent love and the “common humanity of all people”.

“We thought it would be interesting to try and create an object that was both beautiful and brutal at the same time. Powerful and fragile. We wanted it to look like this incredible animal had just wandered out onto the flat roof of the building and was just gazing down into the streets of the city, magnificent and protective.”

The Heart of the Rhino has been created by conceptual artist, Jo Hodges, allowing anyone touched by the Rhino to submit personal stories, poems, music and images to be stored digitally and permanently sealed within the body of the Rhino. This way people can look up at and know that a part of them is contained within.

Searching for rhino images on the internet, the artists came across countless horrific images of mutilated rhinos, both dead and alive. It seemed obvious that this project could create an opportunity to highlight the plight of the rhino, giving valuable publicity to the work of Save the Rhino and hopefully generating some funds for the charity.

4 thoughts on “The Birmingham Rhino”