You are here: Home » News » Running for Rangers 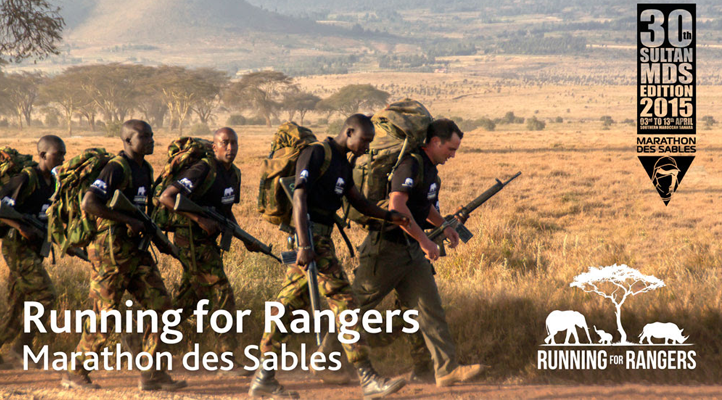 For five brave individuals, this Easter Sunday will be more nerve raking than any before. Pete, Hollie, Sam, Joss and Jacqs are taking on what has been described as ‘ the toughest footrace on earth’; the Marathon des Sables, where they will be Running for Rangers.

The MdS is a six-day race, covering 250km over a range of different stages, in the Sahara Desert. In addition, runners must be entirely self sufficient, which means they must carry everything they need to survive the six days, on their back. Water and a spot in a tent over night are provided, everything else is up to the runners to carry. Whilst undertaking this gruelling personal challenge, the team are aiming to raise over £100,000 for the rangers protecting endangered rhinos and elephants across Kenya.

The demand for rhino horn is as at an all time high and, as a result, poaching activities have reached catastrophic levels. This means that the those on the ground protecting the wildlife are facing some of the toughest times ahead. As the rangers find themselves in ever more dangerous situations, their roles are morphing from wildlife carers to wildlife soldiers. Covering vast areas of land on foot, the ranger’s survival and success, just like our runners, is heavily dependent on the equipment they carry on their backs.

Without the high quality military clothing designed to last warm days and cool nights, as well as strong boots that can withstand long distances and wet weather, the rangers are unable to carry out their roles. Walking up to 30km a day, each ranger wears through at least two pairs of boots in a year. Basic equipment is essential for the rangers to effectively do their jobs to protect rhinos and other wildlife.

The money raised by Pete, Hollie, Sam, Joss and Jacqs will make a huge contribution to help support the welfare of the men fighting to protect the future of rhinos and elephants. These dedicated rangers are the frontline of defence for the rhino and they need our support.

Please donate to support the Running for Rangers team.

Visit the Running for Rangers website for more information.