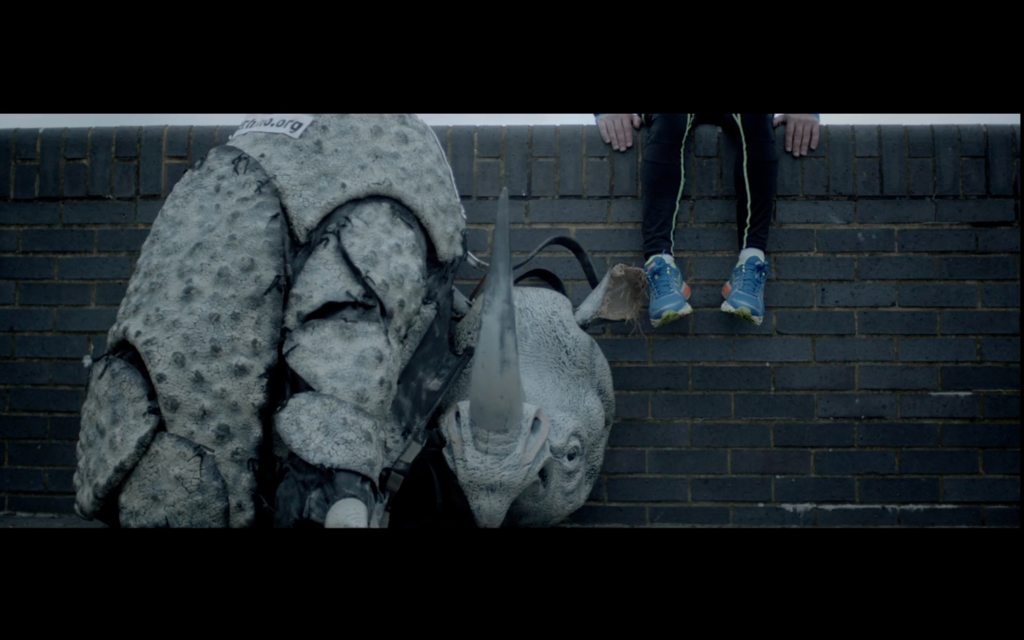 When asked about running in rhino costume Vinny says:

“I wanted a bigger challenge. I’ve competed in a number of marathons all round the world; however I wanted to push myself further. For me, the combination of running in costume and raising money for charity was the perfect challenge

The Rhino suit makes the race more physically demanding, so I have to train a lot harder to be fit enough to carry its weight, over 42km.

Vinny ran the fastest rhino costume time during the 2012 Virgin London marathon in an impressive time 4 hours 17 minutes and 27 seconds!

You can watch the clip below

So how tough is it to run in rhino costume?

As part of the ASICS campaign, Vinny took part in a comparative analysis of

endurance running at ASICS Running Lab Assessment Centre, Oxford Street. This involved our Vinny and our rhino costume taking to a running treadmill (luckily the costume just squeezed onto the machine!)

ASICS undertook the study to highlight the physical differences Vinny experiences when running in traditional apparel, compared to the heavy rhino costume.

Experts at the ASICS, measured Vinny’s endurance through a variety of factors to analyse his oxygen level, maximal oxygen uptake, respiratory exchange ratio and heart rate to determine his anaerobic threshold (AT).

Commenting on the analysis, Vinny said; “Fellow runners often underestimate how much harder it is to run in the rhino outfit”

So it’s a fact, running in a rhino costume truly is the ultimate running challenge!