You are here: Home » News » Reflecting back on fundraising success with Victor Stationery 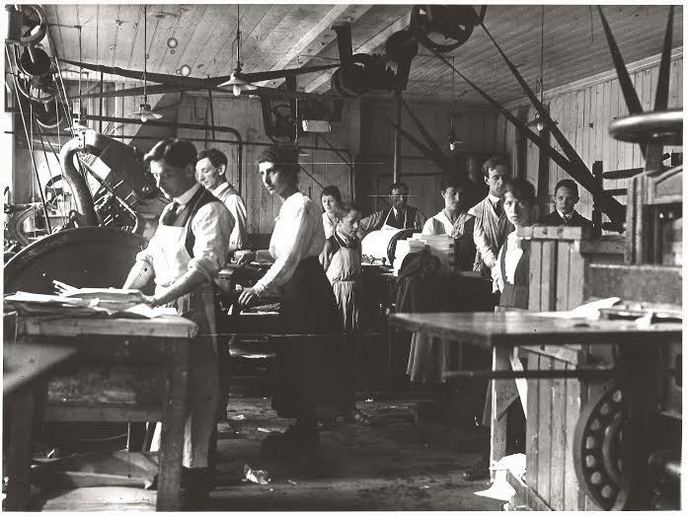 Victor Stationery is a family run business and has been around for many years (136 this year to be exact). They have been making quality paper stationery and exercise books since the early 1920’s.

It all began in 1882 with a bookshop specialising in selling bibles in Belfast, Northern Ireland. In the 1920s they commenced stationery production in Victoria Street Belfast and this is where Victor Stationery was born.

Throughout the 60’s and 70’s Victor Stationery continued to grow in Ireland and the rest of the UK. In 1989 Victor bought EJ Arnold (England), doubling the company size and becoming the number one supplier of school exercise books in the UK and Ireland.

It was in the 1990’s when Victor created the Rhino Stationery brand, which is now recognised throughout the UK as a leading supplier of educational paper stationery.

In the early 2000’s the company was still growing and the decision was made to move the main factory from Belfast to Tallinn Estonia.

It was only in 2013 that Rhino took to the online market and Rhino Stationery went live. Victor also moved into the personalised stationery business with its unique custom notebook website www.myownstationery.com.

Victor Stationery has been supporting Save the Rhino for more than a decade and as of this month, they have raised over £80,000. Their customers play a key part of this movement by buying Rhino Stationery, as every purchase with Rhino helps to save more rhinos. Later this year, they will be launching a brand new range of Save the Rhino notebooks. Each book is bursting with personality representing the different types of Rhinos in the wild!

“Donations from companies like Victor Stationery enable us to keep up the vital rhino conservation efforts across Africa and Asia. Just in the last year, we raised fantastic £1,718,661 for 25 field programmes across 12 countries to protect rhinos and reduce the demand for rhino horn. With the support of our dedicated partners like Victor Stationery, we paid for veterinary interventions, for browse and supplements for rhino calves being hand-reared in bomas or bred in the Sumatran Rhino Sanctuary, and most importantly, we supported our heroes on the frontline – rangers.”

“We know that we can only keep up our rhino conservation efforts thanks to the support of partners and friends like Victor Stationery, who want to see rhinos thriving in the wild as much as we do. And therefore we’d like to say a huge rhino-sized thank you for all their dedicated support and generous donations!”  Michaela Butorova, Fundraising Officer, Save the Rhino International.

With thanks to Lorraine Kelly, Victor Stationery, for co-writing this article.