You are here: Home » News » Matumaini: The Rhinos’ Hope 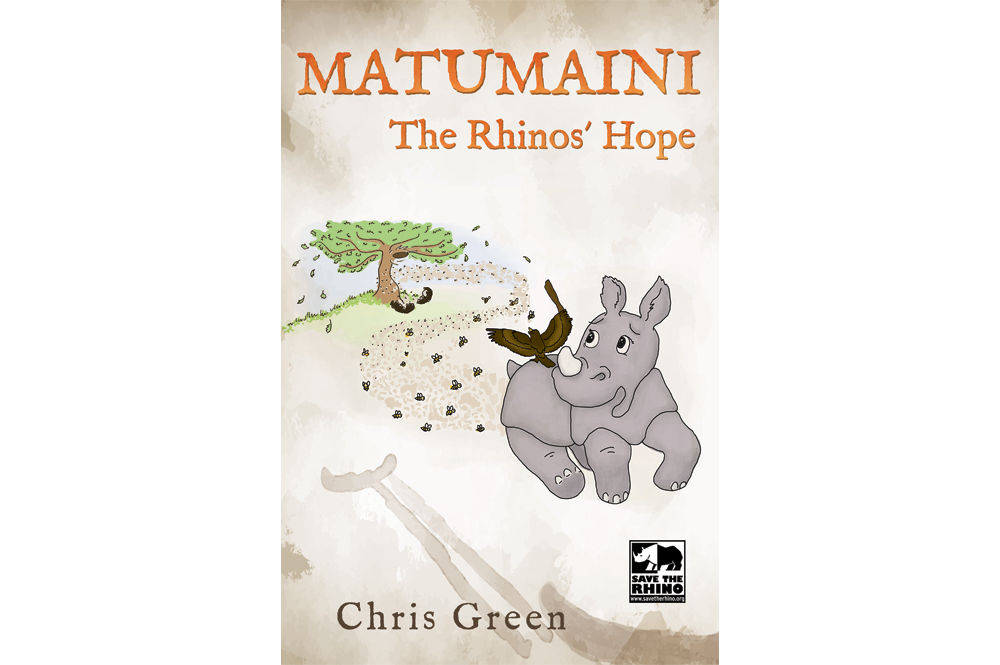 I’ve loved rhinos my whole life, so when I heard that there are now so few left in the wild that we risk losing them forever, I started searching for a little hope.

Heartbroken at the plight of this incredible species and motivated by the tireless work of Save the Rhino, I’ve been doing all that I can to get the message out there and wanted to help get more people, especially children, involved in their conservation. So, I decided to start writing and I’m so proud to introduce my first rhino-inspired children’s book.

In “Matumaini: The Rhinos’ Hope”, hope comes in the form of a little rhino called Matumaini (the Swahili word for hope). My dream is that through her adventures, “little Matu” can inspire a love of rhinos and in her own small way bring about much-needed change.

In this, the first of a series rhino adventure books, the “Rhinolympics” have arrived! Rhinos from all over have gathered for the grassland games and the greatest race of all – the Rhinothon. So, I’d love you to join Matu and her best friend Ndege as they come across every kind of running, jumping, weight lifting, boulder shifting rhino you could ever imagine.

This is my little book, full of a lot of Hope. I’m hoping that children of all ages will fall in love with this story and the rhinos within it. Not only are there rhino adventures to be shared and educational rhino fun facts too, but ultimately, by purchasing the book you will actually be helping to save the rhino and make a difference, as 50% of my net profit from the sale of every book will be going to Save the Rhino International, while I  will also be donating as many copies as possible to various children’s charities.

Just like Matu, I love to run and my fundraising has taken me all over the world, running Marathons as “Rhino Boy Chris”. I’ve run well over 600 miles in the iconic rhino costume, spurred on time and time again by a love for rhinos and countless smiles and cheers of encouragement, all of which helped push me to achieve a  Guinness World Record in the rhino suit:  “Fastest marathon dressed as a three-dimensional animal (male)”, at the 2019 London Marathon.

With all of the hardships endured so far in 2020. With lockdowns and social distancing becoming the new norms, I’m adamant that smiles and laughter have never been more important and I truly hope that my book can bring a “feel good factor” to anyone who reads it – “a virtual rhino hug” if you like.

I’ve dedicated my book to anyone standing up for this incredible species. To Save the Rhino International and to the rangers who put their lives at risk every single day to defend rhinos. Most of all, it’s dedicated to the rhinos themselves. Peaceful and gentle, they represent everything in this world that we need to protect and I won’t stop running and writing until they have the safety and space they deserve!