You are here: Home » News » London Marathon postponed to October 2020 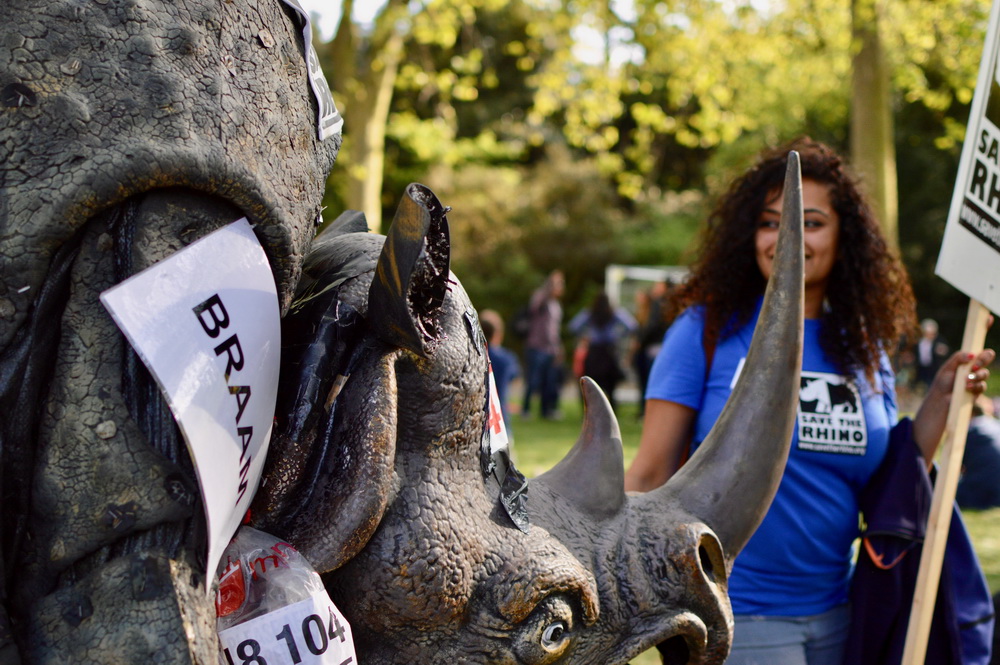 The London Marathon is our biggest fundraising event of the year. Our supporters have been raising funds for rhinos every year since 1992 and, in the process, they’ve had the immense satisfaction of achieving personal bests, or running further than they ever thought themselves capable of, and made other running friends. The London Marathon is so much more than 26.2 miles.

The London Marathon is also our favourite day of the year – for the team at Rhino HQ it’s better than Christmas. The day is all heart: we get to meet so many of our incredible supporters – runners and volunteers – who are all doing their part to save rhinos. All those cold, wet, January and February training runs in the dark, before and after work, come together on one glorious day of blisters, sweat and tears of emotion at the finish line. It brings out the best in people: the camaraderie among the runners and our own team; the spectators who line the route, cheering total strangers for hours; and of course the funds raised for charity. In 2019, our London Marathon team raised almost £150,000, which helped us make significant grants to rhino conservation programmes in Malawi, Zimbabwe and Indonesia.

We’re very sad that the London Marathon will be postponed until 4 October 2020. While this is a shame for all of our dedicated runners and the many other charity runners that take part, we appreciate that this decision had to be made due to the public health risk, which must take priority.

Like so many other charities, donations and fundraising from the marathon is important to keep our organisation going, ensuring that we have the funds to send out grants for rhino programmes across Africa and Asia. Cancelling the event would have put extra financial strain on uncertain times and therefore, we are pleased that the 2020 marathon will go ahead later this year.

Our main priority now is to ensure that all of our incredible fundraisers get to the start line on Sunday 4 October. We’ll continue to support them every step of the way, encouraging them to keep going with their training by sharing more stories online. To mark what would have been the London Marathon’s 40th anniversary, we’ll be celebrating our runners on social media as they continue their countdown to the 2020 London Marathon.

“The London Marathon is my favourite day of the year. It sums up everything that I love about this charity: people going to extraordinary lengths to save the iconic rhino. I’m absolutely gutted that we – and our famous rhino costumes – won’t be there on 26 April, but understand that the race organisers had a very difficult decision to make. Our famous rhino costumes will have to go back into their bomas until October, and our rhino runners will do everything it takes to be back in full force for the 40th London Marathon.”