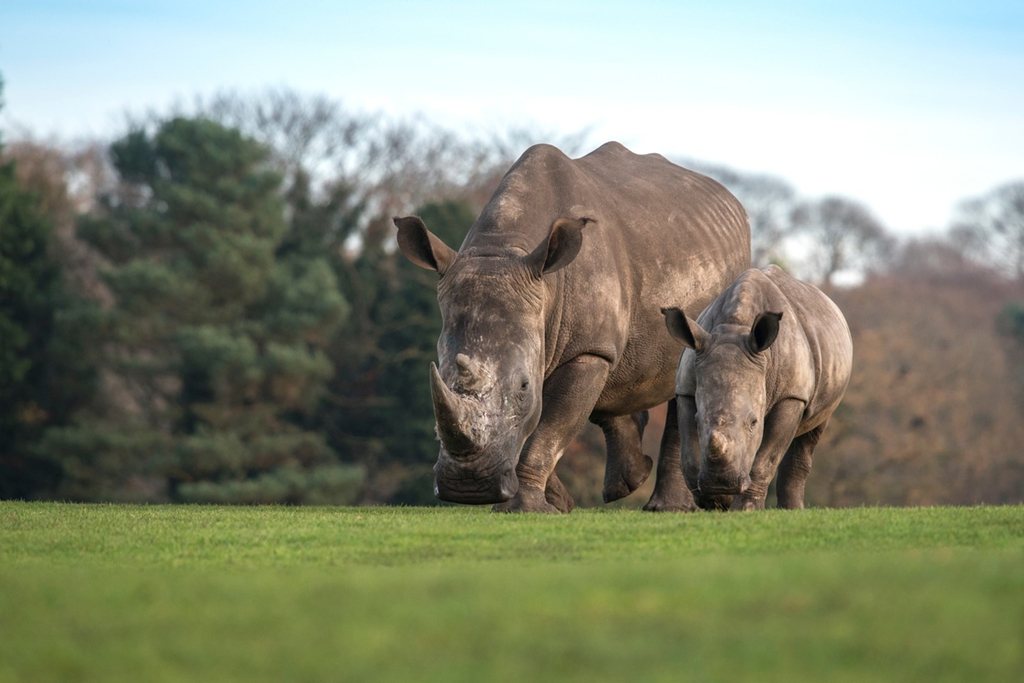 Staff at West Midland Safari Park are celebrating and feeling extremely pleased, after handing over a significant amount of cash to a number of charities they fundraised for in 2016.

Over £14,000 was raised by staff and guests onsite, through competitions, donations and VIP experiences. Some funds even came from supporters online, who donated to the JustGiving pages from the comfort of their own sofa.

Park staff, especially the animal keepers, made it their mission to raise as much as they could and were put through their paces in a variety of sponsored events, such as swimming, cycling and even rock climbing.

Every year since 2014, the Park’s Wildlife Team choose four conservation charities and a special week is set aside in the Park’s busy calendar to focus solely on each charity. This is alongside the Park’s support for the Namibian Wildlife Conservation Trust, whom they fundraise for throughout the year.

Last year, a fifth conservation week was added during May half term to support Save the Rhino International. The arrival of a southern white rhino calf in March, along with the ever increasing threat of poaching in the wild, made rhino conservation the focal point for year-long fundraising and awareness.

Josephine Gibson from Save the Rhino International said, “Thank you West Midland Safari Park and all your visitors for raising a fantastic £4,939.68 in 2016 to protect critically endangered black rhinos in Namibia with Save the Rhino International. We really appreciate the amazing support from all the staff and visitors who have helped fundraise by donating, buying rhino gifts, participating in money-can’t-buy rhino experiences and attending a rhino conservation talk at the Park.”

She continued, “The unique population of desert-adapted black rhinos in Namibia is under threat of poaching for their horn. Recently rhino poaching has spread from South Africa into neighbouring Namibia and Zimbabwe, and 1,338 rhinos were illegally killed by poachers across Africa in 2015. We really appreciate West Midland Safari Park’s support for the rangers who are working hard to protect black rhinos in Namibia.”

Research and Conservation Officer, Katie McDonald said, “We have a duty to contribute to the conservation of the species we care for at WMSP, especially those which are threatened with extinction in the wild. Therefore last year we supported; The Marine Conservation Society, Grevy’s Zebra Trust, 21st Century Tiger, Save the Rhino International and the Bumblebee Conservation Trust.

“We are very proud of our achievements in 2016 but I believe that we have to do more. With the continuing support of our guests and friends on social media, I am confident we will meet more ambitious targets this year.”

West Midland Safari Park is now in its winter season and is open on weekends only. Admission is £19.00 for adults, £14.00 for children aged 3-15 years, and £17.00 for concessions. Admission includes a voucher for a return ticket or safari gift. The Adventure Theme Park is closed during the winter season.

Further information and tickets are available from the Park’s website www.wmsp.co.uk or by telephone 01299 402114. You can find out more on the Safari Park’s official Facebook page: www.facebook.com/WestMidSafari.