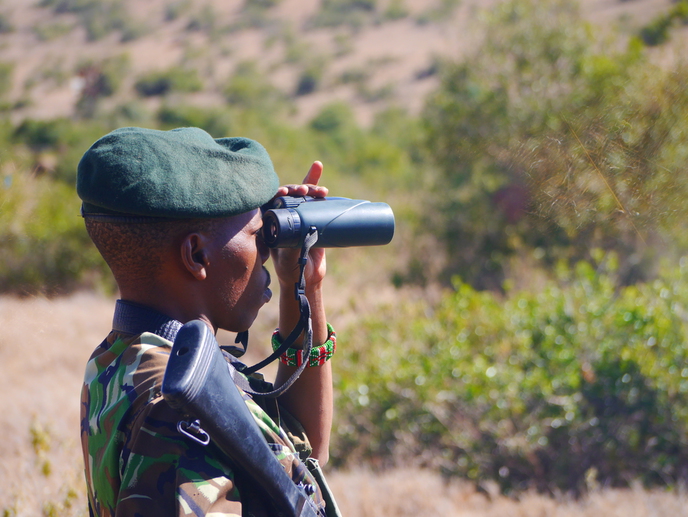 Posterity. This is the word most synonymous with worldwide conservation efforts these days. “We must save our wildlife for the generations to come.” “For our children”. These sentiments are as noble as they are necessary.

It is obvious that the only way that we will stop the illicit trade in wildlife goods is through a strategic, multinational and macro-economic approach that addresses markets and demands. Whether it be through the destruction or control of those markets is open to debate but, fundamentally, this is the only way to stop poaching for good.

Cultural shifts, however, can take generations to effect change. International collaboration is laborious, with different nations each expressing conflicting ideologies as to how best to secure wildlife in the long term. We need to be careful we do not focus on a solution that won’t happen overnight when we risk losing our wildlife in the morning because, as I write this post, we don’t have a long-term.

Perhaps one hundred elephants are slaughtered each day. Simultaneously, up to four rhinos will suffer the same fate. If current trends continue, we have perhaps 10 to 15 years of elephants and rhinos left. If we don’t have a long term – then we need to create one. So, while governments and NGOs deliberate and plan how to end the illicit trade decimating our wildlife, we must focus on the tools at our disposal – the tools that grant them the time.

High tech vs tried and tested

What tools do we have? Technology – certainly, and this is often pushed forward as the method to end the crisis. Drones, cameras, motion sensors: all sexy innovations donors are desperate to fund.

Whilst advanced technology, both for anti-poaching and research, is fantastic; it does not replicate loyal, motivated and trusted men. These are the men whom, through constant monitoring and time on the ground with their charges, understand rhinos and their wider habitat – and the communities who live near rhino populations. Rangers make decisions and recommendations based on their own understanding of each individual location and indeed, each animal.

The principal success factor is boots – trusted boots – on the ground. These men monitor the animals, make informed decisions and, ultimately, they have the power in their hands to keep these animals alive, or aid and abet poachers. Either they feel invested in the task they have before them, or they don’t. Technology should provide additional capacity – but it can never replace them.

Rangers are quite literally on the frontline of a war. As a result of growing consumer demand in South East Asia, rhino and elephant poachers have become ever more determined and motivated; using high calibre assault weapons and sophisticated night-vision to operate at night. Poachers come from an underworld of illegal gunrunners, involved in all facets of gun-crimes, including human trafficking and drugs. It has even been suggested in the global media that there are links between revenue from poaching and terrorism organisations.

Those on the ground work long hours in testing and highly dangerous conditions, both day and night, monitoring the whereabouts and status of wildlife; armed anti-poaching units are deployed at night when the threat is greatest. Over a 1000 rangers have been killed globally trying to protect what’s left of our wildlife in the last 15 years. Without denigrating the significance of either, these losses are comparable to the number of British soldiers killed in both Iraq and Afghanistan.

Top-quality but basic equipment ensures that rangers perform their job effectively and at minimal risk to themselves. Investment in the men and women on the ground and their welfare should not be jeopardised by the introduction of, and investment in, technology for technology’s sake.

Large sums of money and material gain are associated with the illegal rhino horn and ivory trade, and so a huge amount of trust must be placed in the rangers, who could easily sell inside information as to the whereabouts of both wildlife and fellow rangers and scouts. We firmly believe that investment in the rangers’ welfare, both financially, in terms of equipment and training, and personal investment in each man beyond his professional role, boosts morale and most – importantly – loyalty to the cause.

“For Rangers’ is  a dedicated group of individuals who raise money for the welfare of rangers who risk their lives daily to protect Africa’s endangered species.

Rather than just tell the story the “For Rangers” team hope that by taking part in some of the hardest, most challenging ultra events on the planet, they can draw attention not only to the plight of Africa’s wildlife and the poaching crisis, but to the hardships and dangers rangers are exposed to every day, and in doing so, raise funds that go directly to rangers’ welfare.

In April 2015, a five-person For Rangers team ran the infamous ‘Marathon des Sables’, a grueling six- day, 250 kilometre multi-stage adventure race through a formidable landscape in one of the world’s most inhospitable climates, the Sahara Desert. In this, our first venture, our runners raised almost $120,000 for rangers’ welfare. As a result, new uniforms, socks, thermal imagers, First Aid equipment and hydration systems were bought for over 200 armed rangers in the field. Funds were provided towards an anti-poaching vehicle in the Mara and towards snake anti-venom development in Kenya. Running for Rangers also recently contributed $10,000 to the families of 3 rangers killed in a recent contact with poachers in Garamba National park in the Congo.

The concept is growing. Aside from individuals running marathons and tough mudders this year our team consists of nine individuals who ran the infamous 250km jungle ultra in Peru, 2 ladies riding 1000km across Mongolia and 2 men kayaking 1000km down the Yukon River.

Every cent raised goes directly to the welfare of the men on the frontline of the battle that will buy us the time to win the war to save our wildlife – for posterity.