You are here: Home » News » Join us for a live Q&A #RhinoRanger 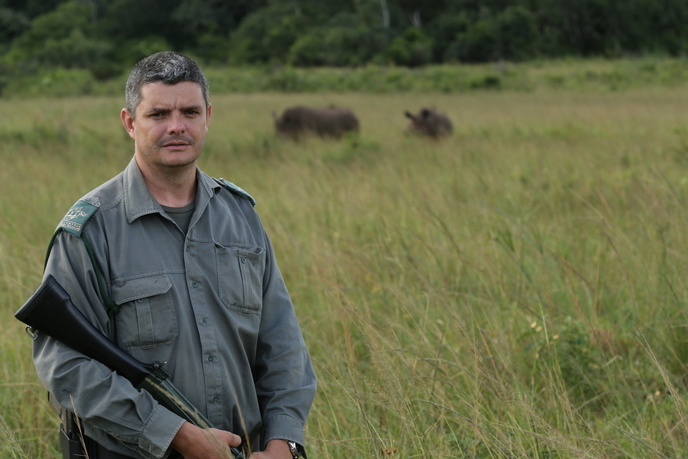 Monday 22 September is World Rhino Day, and we will be hosting a live Q&A session with Dirk, a Section Ranger from South Africa’s Hluhluwe-iMfolozi Park.

Dirk will be with Save the Rhino International this World Rhino Day, ready to answer your rhino related questions on Save the Rhino’s social media channels.

Twitter 1pm-2pm (UK time)
– Dirk will be answering your #RhinoRanger questions from 1-2pm on Save the Rhino’s twitter account. Ask your questions to @savetherhino and make sure you include #RhinoRanger

About Dirk
Dirk has been working to protect rhinos for 15 years,and has worked in Hluhluwe-iMfolozi Park since 2006. He is now Section Ranger in South Africa’s Hluhluwe-iMfolozi Park, and works with a dedicated team of rangers to monitor and protect  the Park’s rhinos and other wildlife. Amongst other activities, Dirk carries out anti-poaching and monitoring patrols, and aerial surveillance flights using the BatHawk light aircraft.