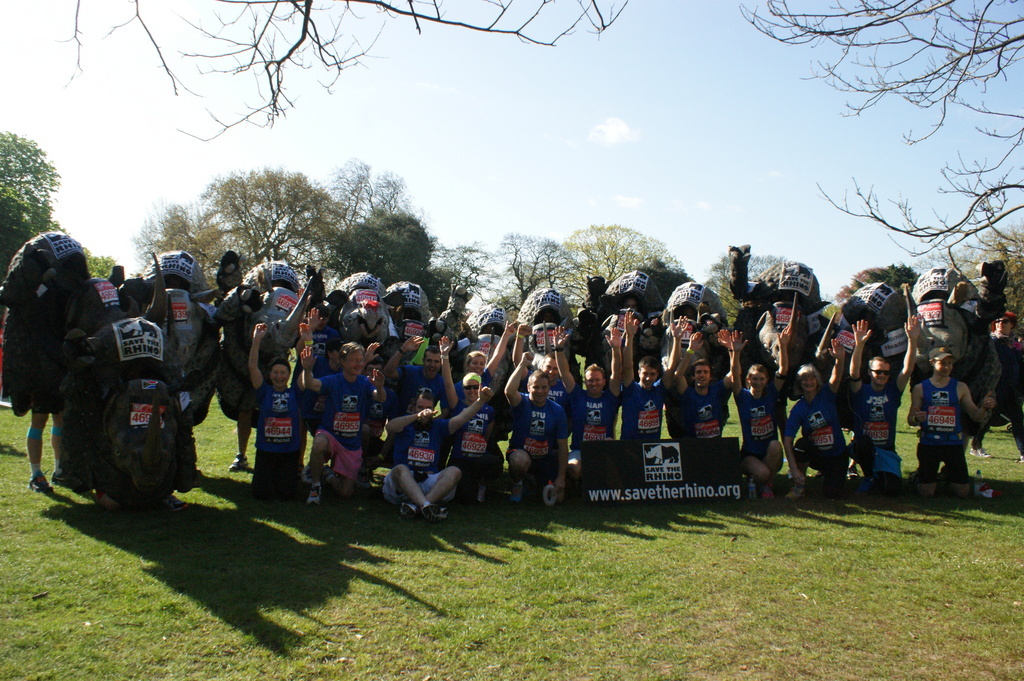 A Huge Congratulations to our rhino team!

The 26.2 mile (42 km) course wound its way round London through some of the historic city’s most famous landmarks. Joining 37,000 other runners, the Save the Rhino team shone in their blue T-shirts raising awareness and much-needed money for rhino conservation.

With team members from here in the UK as well as South Africa, America and New Zealand, it was certainly a momentous occasion. We would like to say an enormous thanks to all our rhino runners and those who undertook the challenge to run in rhino costume!

With the sun beating down, it was tough conditions for runners, however the crowds were out in force and cheered all the rhinos to the finish. We loved meeting and congratulating those who made it to our picnic area and providing a much-deserved cold beer.

The ballot for the London Marathon 2015 opens on 22 April this year. To run for Save the Rhino via a charity Gold Bond Place, email rory@savetherhino.org

One thought on “Congratulations to team rhino 2014!”