You are here: Home » News » Congratulations to our rhino runners! 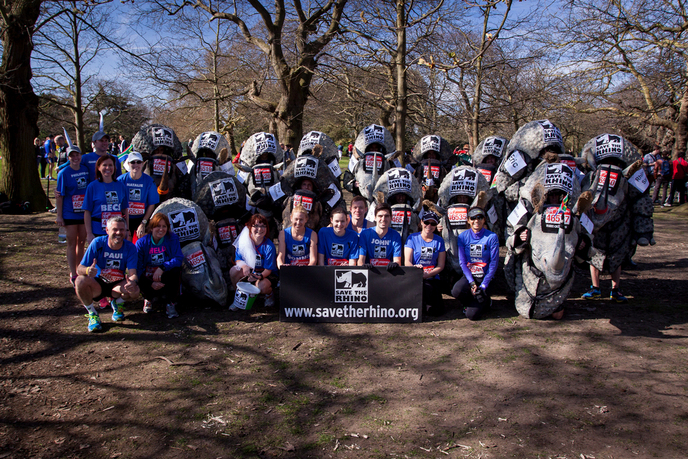 We would like to say a huge congratulations to all the Save the Rhino runners who took part in the 2013 Virgin London marathon. All 51 rhino runners crossed the finishing line, including the 15 who undertook the ultimate challenge of running the 26.2 mile course in rhino costume.

With a perfect day of sunshine and light breeze, the crowd support along the route was phenomenal. Our team was cheered along the course and welcomed by Save the Rhino volunteers for a well deserved massage, beer and picnic.

Thank you to all the runners who for their fantastic fundraising efforts, the Virgin London marathon is Save the Rhino’s single biggest fundraising event of the year and provides incredible valuable support for rhino conservation programmes across Africa and Asia.

Why not check out our video and more info about the Virgin Money London Marathon 2014 here.

Save the Rhino marathon team in the news

Our rhino runners were in the spotlight with the Huffington Post and the Telegraph and were the one of the best London marathon costumes for the Metro!

Rhino John from South Africa was photographed by the Mirror and featured in Lucozade Sport’s Mile 23 takeover video.