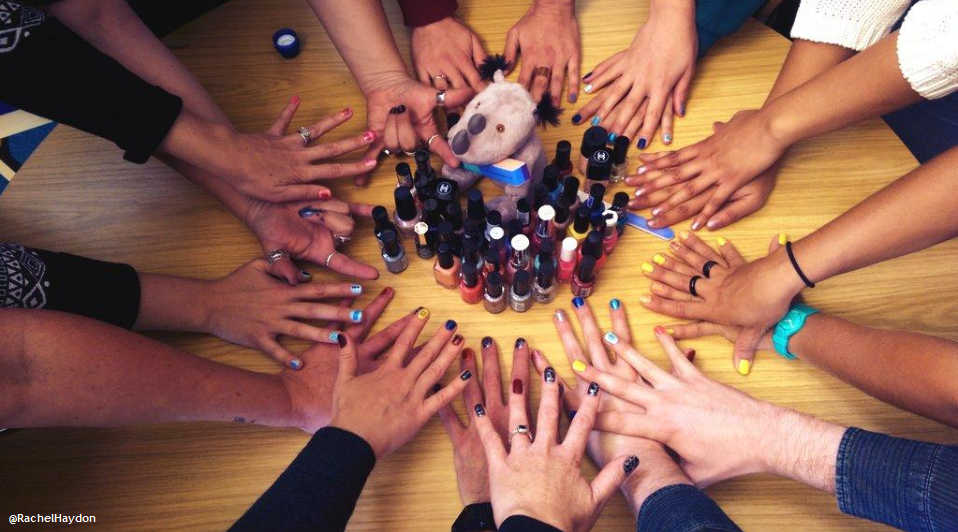 A big thank you to everyone who celebrated World Rhino Day 2014 on Monday 22 September, especially those who got involved in our #nailit4rhinos campaign to raise funds and awareness for rhinos. Nail it for Rhinos aimed to spread the message that rhino horn is made from keratin – the same substance found in human nails.

We had some famous faces get behind #nailit4rhinos, including Giles Coren and Mel Giedroyc (from the Great British Bake Off), and we’ve seen some truly fantastic nail painting creativity – below are just a few of the best designs! Please keep them coming.

We also held a fundraising collection at London Bridge station with two of our famous rhino costumes, which certainly attracted the attention from the London commuters. Thanks to the generosity of passers by we collected £1,047 in donations for rhino conservation.

During the day, we held a live Q&A with Dirk Swart from Hluhluwe-iMfolozi Park on our facebook and twitter. We had lots of interaction and questions from our supporters.

We also had the support of several individuals, schools and zoos worldwide, who held their own fundraising and awareness events. Dublin Zoo even made their own rhino horn shaped hats made from hair (see right)