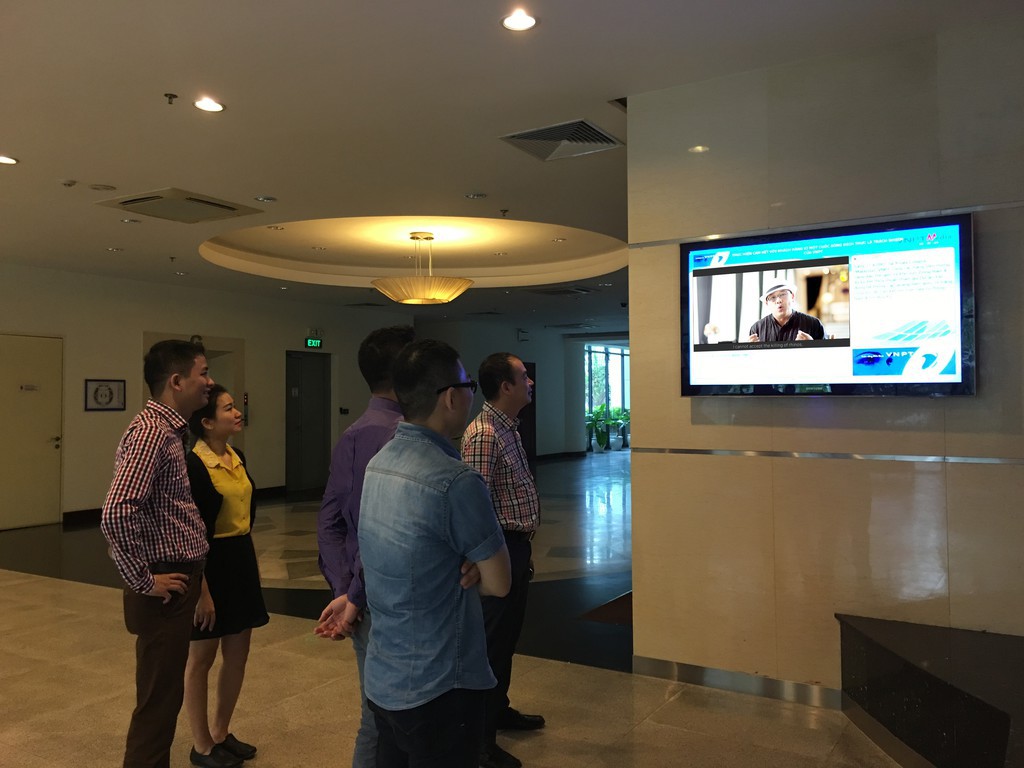 Over the last decade, Viet Nam has been continually recognised as both a transit country and consumer market for endangered wildlife products such as rhino horn and elephant ivory. The demand for illegal wildlife products continues to drive the criminal activities of poaching, trafficking, selling, buying and the consumption of rhino horn. To tackle this, TRAFFIC (the wildlife trade monitoring network) together with Save the Rhino International launched the Chi initiative in September 2014. The Chi, or “Strength of Will” initiative was developed to reduce the demand for rhino horn in Viet Nam amongst key groups of consumers. The role of Vietnamese media in promoting the protection of endangered wildlife, including rhino species, was discussed on the 22nd of September 2017 when approximately 70 influential guests gathered in Hanoi, Viet Nam for a World Rhino Day Seminar organised by TRAFFIC.

The seminar was initiated to reveal the powerful way media outlets can incorporate social responsibility into their work and contribute to combatting wildlife crime. In addition to journalists from the National and Hanoi Press Agency, Viet Nam National Television and local and international newspapers; representatives from government agencies including officials from the Central Committee for Propaganda and Education (CCPE), Ministry of Health, Vietnam CITES Management Authority, and Vietnam Chamber for Commerce and Industry (VCCI); and, officials and professionals from foreign embassies and conservation NGOs also attended the seminar.

Since 2014, under the Chi brand, TRAFFIC alongside government, civil-society and corporate partners have worked together to tackle the demand for illegal rhino horn. Media has also played a critical role in spreading the message of “a zero-tolerance towards the consumption of threatened wildlife” to larger audiences via its media coverage, including to specific target groups shown by comprehensive research to be the most prolific users of rhino horn.

“More than ever before, media plays an important role in creating and shaping public opinion on topical global issues such as illegal wildlife trafficking. As a conservation NGO, we have the expertise in delivering social behaviour change communication to change undesirable behaviour such as reducing and eliminating wildlife criminal acts, but this messaging needs to run in parallel with media outlets to have the maximum positive impact. The Vietnamese media plays a critical role to in shaping the moral values around the consumption and illegal trade of endangered species, and what the Vietnamese people must do to protect the lives of threatened wildlife around the globe,” said Ms. Madelon Willemsen, Head of TRAFFIC in Vietnam.

During the seminar, the audience were provided with information on social responsibility, the importance of wildlife protection, demand reduction efforts for rhino horn in Viet Nam and details on how Vietnamese media can support wildlife protection from representatives from TRAFFIC, civil society organisations, government and the United Nations Office on Drugs and Crime. In the keynote speech on Chi the audience could see first-hand that behaviour change communication is a useful approach to reduce the demand for illegal wildlife products such as rhino horn in Viet Nam. An interactive session, where media could ask questions of an expert panel, was another one of the highlights of the afternoon event.

“As the national communication educator of the Communist Party of Vietnam, the Central Committee for Propaganda and Education (CCPE) has prioritized encouraging our public servants, propaganda journalists and Vietnamese citizens to change their behaviour to adopt a zero-tolerance of wildlife crime and illegal wildlife consumption, especially noting that the reasons for consumption are unsubstantiated by scientific evidence. Thanks to the partnership with TRAFFIC’s Chi Initiative, CCPE has educated and promoted the social responsibility of national propagandists about how they can combat wildlife crime, which threatens the national security, sustainable livelihoods, national heritage and the country’s international reputation. We hope that the efforts by CCPE to establish a nationwide attitude of zero tolerance towards wildlife crime will improve the lives of everyday citizens and benefit wildlife threatened by poaching within Viet Nam and around the world,” said Mr. Bui Ngoc Manh, Vice Director, Centre for Professionalism, Scientific Research and Documentation, CCPE.

Ms. Le Thi Thu Thuy, Vice Director, Centre for SMEs Promotion, VCCI said, “Chi is an innovative and unique approach to conservation efforts. Through the Chi initiative, TRAFFIC and VCCI are creating a culture of zero-tolerance towards wildlife trafficking in the business world by engaging Vietnamese businesses who will lead their peers in fighting wildlife crime. Together with other organisations and the media, VCCI wants to foster a movement where a growing team of key opinion leaders have established a responsible corporate culture by taking a strong stance against the consumption of rhino horn and other endangered species.”

The seminar, funded by Peace Parks Foundation, Save the Rhino, UK Government, the French Development Agency (AfD) and WWF, is an important move to strengthen the engagement and collaboration of the Vietnamese media to magnify the relevance of wildlife protection and committing to Viet Nam’s legal requirements in the trade of wildlife.

TRAFFIC, the wildlife trade monitoring network, works to ensure that trade in wild plants and animals is not a threat to the conservation of nature. TRAFFIC works in close partnership with WWF and IUCN (www.traffic.org).

The Chi Initiative refers to a person’s “inner strength of will” rather than relying on illegal products to gain success and respect. Further information can be found at www.suctaichi.com.