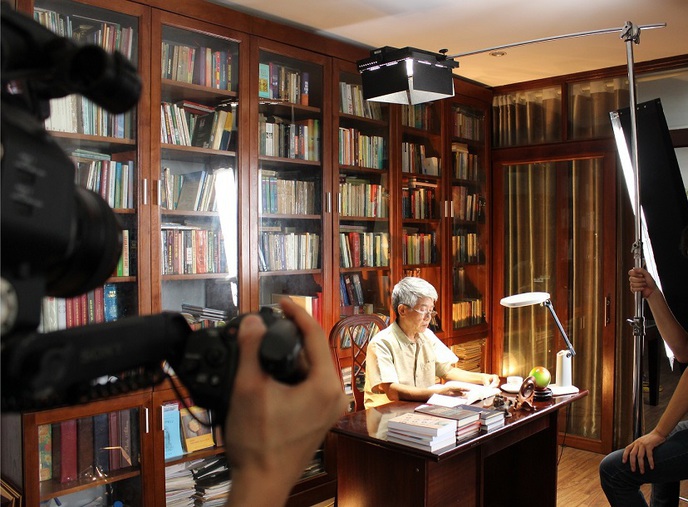 In Viet Nam, Save the Rhino has helped fund a public service announcement broadcast across national and regional TV channels to an audience of millions, all with the aim of reducing consumer demand for rhino horn. Produced by Vietnamese NGO Education for Nature-Vietnam, the film has a clear and hard-hitting message: People who buy or use rhino horn embarrass themselves and their country.

This is the third film released in 2016 by the environmental NGO – the first of its kind in Viet Nam and is part of a long-running campaign by the organisation to reduce consumer demand for products made from endangered wildlife species. Viet Nam is internationally recognised as one of the leading markets for the illicit rhino horn trade linked to its economic boom throughout the last decade and emerging business elite which prizes rhino horns as a status symbol and luxury item.

The film portrays a young businessman offering a gift of rhino horn to his father, a retired academic. His father rejects the rhino horn, telling him: “People who buy and use rhino horns not only support the killing of rhinos but also embarrass themselves and their entire country. You shouldn’t have accepted this gift.”

Education for Nature-Vietnam’s Director, Nguyen Thi Phuong Dung explains: “Protecting the world’s rhinos is a responsibility shared by all of us Vietnamese citizens. We cannot succeed in this epic battle to save rhinos without the help of the public.”

You can watch an English language version of the public service announcement below.