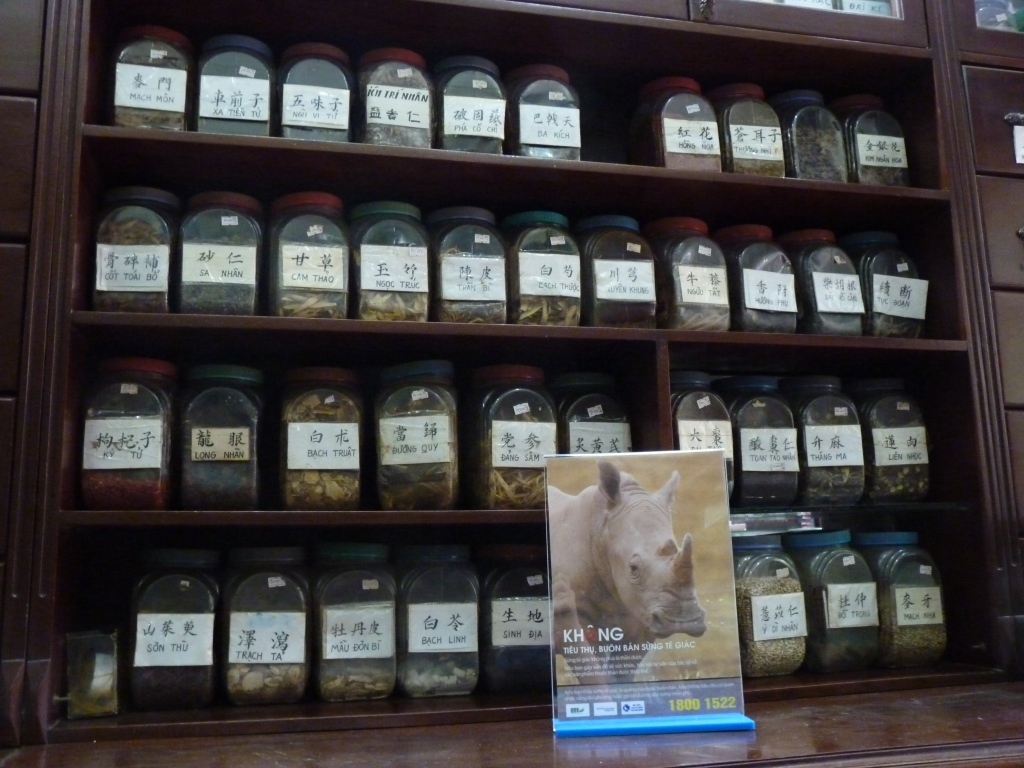 Vietnamese citizens have been heavily implicated in the illegal trade and consumption of rhino horn, which threatens to wipe out the world’s rhino populations.

Pioneering research by WWF South Africa and TRAFFIC (the wildlife trade monitoring network) suggests that the use of rhino horn as a status symbol among wealthy urban Vietnamese is a major driver of the current rhino poaching crisis. The research surveyed 720 people in Hanoi and Ho Chi Minh City and found that rhino horn is often gifted to family members, business colleagues or people in positions of authority.

The research also reveals that typical users of rhino horn are successful, well-educated men, over the age of 40, who live in Vietnam’s urban areas. The consumers are wealthy and powerful and often seen as influential people within Vietnamese society. Although the original reasons for using rhino horn are linked to its believed medicinal properties, there is a current trend towards using rhino horn to enhance social standing amongst peers.

The research identified another major group of concern; the ‘intender’’ group – those who do not currently consume or buy rhino horn, but expressed their intent to do so in the future. This group demonstrated a desire to purchase rhino horn, even though it is illegal, as it is valued by those they want to impress.

This research into the end-user markets will help target activities necessary to reduce the demand for rhino horn and end the current rhino poaching crisis. Growing Asian economies and the emergence of a middle class with disposable incomes pose a great threat to the world’s rhinos. A combination of increased law enforcement and demand reduction schemes, aimed at changing attitudes towards the illegal consumption of rhino horn are needed to stop the killing of the world’s rhinos.

Over the past year, Save the Rhino has supported the work of Education for Nature Vietnam (ENV) and its awareness campaign to reduce the demand for rhino horn. Recently ENV, in partnership with the Rhinose foundation has taken part in a 10 day trip for several key Vietnamese delegates to visit South Africa, to witness first-hand the devastating impacts of poaching and the illegal trade in rhino horn.

The delegates came together today at a press conference, partly funded by SRI, in Hanoi to discuss and reflect on the issue. The delegation included Mr. Vo Tuan Nhan (National Assembly member and Deputy Chairman of the Committee for Science, Technology and Environment), Vice Chief of the Hanoi Environmental Police Mr. Nguyen Viet Tien, journalist Mr. Do Doan Hoang, and actor and comedian Mr. Nguyen Xuan Bac, along with representatives from ENV.

“Our fact-finding mission gave the delegates a glimpse of the severity of the problem in South Africa. For the rhinos to be saved, the demand from countries like Vietnam must end. We hope their experiences will
make a difference here,” said Andrew Paterson, director
of the Rhinose Foundation.

The delegates will be spreading the message far and wide that the illegal consumption of rhino horn must end.

Click here to read more about demand reduction activities in Asia and Save the Rhino’s support for Education for Nature Vietnam.