You are here: Home » News » Huge seizures of rhino horn and elephant ivory in Vietnam 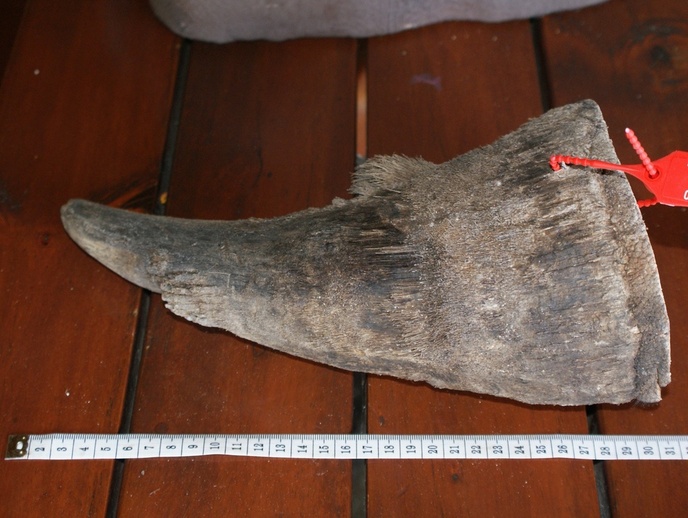 Vietnamese customs have intercepted an illegal shipment of over 700kg of elephant ivory and rhino horn. According to news reports the contraband were found in two containers on 13 August, concealed on board a ship transporting marble. The ship was reportedly travelling from Mozambique, stopping via Malaysia. Although the final destination of the shipment was unknown, it is believed that the intended final destination was Hai Phong, a port in Northern Vietnam.

The seizure consisted of 593kg of elephant ivory and 142kg of rhino horn making this one of the largest interceptions of illegal wildlife products on record. Police suspect that the animals were slaughtered in Kruger National Park before being smuggled to Mozambique.

News reports state that the anti-smuggling department of the General Directorate of Customs has already pressed charges against the company for the shipment. Further investigations into the people responsible for the trafficked goods are currently taking place.

These reports follow a previous seizure of 100 kilograms of ivory and rhinos horns just two days before. The Vietnam News Agency reported that 49 pieces of ivory and 1 rhino horn were intercepted by customs officers at Noi Bai International Airport in Ha Noi. The items were hidden in four different pieces of luggage belonging to two Vietnamese citizens.

Despite the global ban on rhino horn trade by the CITES (Convention on International Trade in Endangered Species of Wild Fauna and Flora), demand is rising particularly in Vietnam where it is used as a status symbol and to treat a variety of ailments despite having no medicinal value.

Read more about our partnerships with TRAFFIC and Education for Nature Vietnam, aiming to reduce the demand for rhino horn.