You are here: Home » News » Changing consumer behaviour in Viet Nam – An interview with Madelon Willemsen 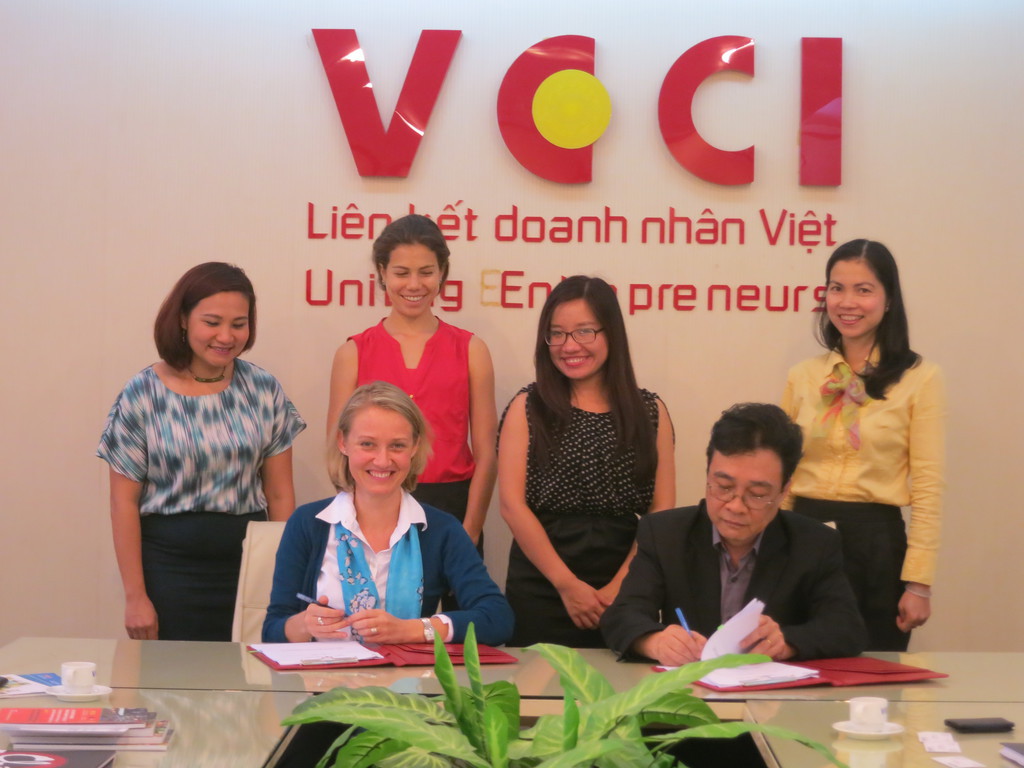 Madelon Willemsen is the Country Director for TRAFFIC in Viet Nam. TRAFFIC, based in Cambridge in the UK with offices across the globe, is the wildlife trade monitoring network, tasked with investigating both legal and illegal trades in species – with the over-arching arms of ensuring that trade doesn’t harm the conservation of the world’s biodiversity. During a visit to London, we caught up with Madelon to find out more about TRAFFIC’s work.

The whole of the South East Asian region is very much involved in the trafficking of illegal wildlife; especially Viet Nam. As well as poaching wildlife native to Viet Nam, the country is also an area of consumption for wildlife parts from other regions, such as a rhino horn and pangolin scales. These are trafficked into Viet Nam from African range states, and also other countries in Asia.

Laws and regulations for the wildlife trade are not non-existent in Viet Nam, but there are certainly lots of gaps and loopholes; all compounded by a lack of enforcement. So Viet Nam has become a hotspot for the illicit trade.

TRAFFIC carried out research in 2013 which showed that people consuming rhino horn are motivated by displaying their status and wealth. Only a very small minority of the Vietnamese population are what we’d call prolific rhino horn users. When it comes to other wildlife parts, like tiger and lion bones, people are buying them believing they’ll treat conditions like arthritis.

How is TRAFFIC encouraging consumers to stop buying and using rhino horn?

TRAFFIC-Vietnam is aiming to reduce supply and demand. Reducing demand is particularly important, and to do this we deliver behaviour change programmes. By understanding people’s motivation for buying rhino horn, we can then use targeted marketing to change their behaviour.

After conducting a lot of research, we found that the demand for rhino horn in Viet Nam increased dramatically after 2009, mostly from urban males who saw using rhino horn as a badge of status and wealth. This evidence was collected from quantitative and qualitative surveys, and has enabled us to understand an archetypal, prolific rhino horn user, whom we call “Mr L.”

Mr L is an urban male, between 35-55 years old, He has children, a nice house in the more developed suburbs of Hanoi or Ho Chi Minh, is likely to have two children and, as is common in the elite sections of Vietnamese society, he most likely will have a mistress. His main consumption of rhino horn is as a tonic to drink, usually with friends. They will use a grinding bowl and a bit of water and often drink it as a hangover cure.

Rather than believing rhino horn cures cancer (only 6% of this audience believe in rhino horn having that property), they are using it to increase their social status, giving it as a gift to people to curry favour, or imbibing it in social settings so that their peers can see a demonstration of their wealth.

How does behaviour change differ to “awareness raising”?

Raising awareness for conservation is about bringing a very broad message – for example, that animals are threatened in the wild and could go extinct, to the general public. A behaviour change campaign is about using that message in a different way and targeting a very specific audience to make a long-term change in their actions.

A good analogy is to look at the health sector, which has conducted successful behaviour change campaigns to encourage people to stop smoking, eat five portions of fruit and veg a day or never drink and drive. A well-thought out behaviour change campaign will target a very specific audience. Because it is evidence-based, we will be able to measure success.

How are you targeting Mr L?

We have gained important insights from our research, one of which is that Mr L does not have an emotional attachments to rhinos in the wild. He’s not connected to environmental causes or protecting the ecosystems we all depend upon. Instead, he is interested in actions which have a direct benefit to him.

So if our message to Mr L is that his behaviour will contribute to the extinction of rhinos, it doesn’t really resonate with him. We’ve conducted workshops with people who have bought or used rhino horn, and they have said: “but why should we care if rhinos go extinct?”

Instead, we need to understand what motivates Mr L. This is what we did with TRAFFIC’s behaviour change programme, the Chi campaign.

In Vietnamese, Chi means “Strength from within.” The message of the campaign is that to be wealthy or successful, we don’t need external things – like rhino horn.

This idea draws on spiritual beliefs held in Vietnamese society. Because business men’s motivations are about their own success, we don’t show pictures of rhinos in our campaign images. This is because in our research we found that when Mr L sees an image of a rhino it actually inspires him to buy rhino horn! So our images show successful business men and women – but no rhinos.

As well as campaign posters and billboards, and adverts in relevant publications, we have also worked with the Vietnamese government to integrate the campaign within various industries. We have worked with the Vietnamese Chamber of Commerce to reach a wide audience with Chi messaging, and have also developed a Corporate Social Responsibility Guide with guidelines on best practice, and promoting a zero tolerance approach to rhino horn.

More than 5,000 businesses are working with us to reduce rhino horn demand. CEOs are publicly pledging not to consume rhino horn, zero tolerance is incorporated into their Code of Conduct for employees, and we have also seen it written into HR contracts that employees will be dismissed if they are involved with rhino horn consumption.

Is Mr L changing his behaviour?

We launched the Chi campaign on World Rhino Day, 22 September in 2014 and since then have rolled it out in Hanoi and Ho Chi Minh City. We have conducted follow up surveys which indicate that Mr L has started to change his attitude towards rhino horn – after two years of being exposed to the Chi campaign, he is now more likely to advise his friends not to consume rhino horn.

This shift is reflected anecdotally in our interactions with business leaders and at Chi events. We see more and more people questioning why rhino horn is used, and many of them are embarrassed to admit they have used it in the past. The peer pressure is starting to go the other way – against rhino horn consumption.

What’s next for the Chi campaign?

Save the Rhino has been integral in supporting TRAFFIC and the team in Viet Nam to get Chi off the ground, especially in helping to find funding for this work. We’ll keep working with Save the Rhino to find innovative ways to expand the campaign to keep targeting key consumers involved with the illegal trade and consumption of rhino horn.

More broadly, we are committed to continuing to work with the government in Viet Nam to really start enforcing laws and prosecuting more people involved in the illegal wildlife trade. Behaviour change work absolutely has to come together with better enforcement, stronger laws, and good anti-poaching on the ground. None of these strategies stand alone.

What is encouraging is that the international community is really sitting up and taking notice of the potential we have to use behaviour change programmes to stop rhino horn consumption. Demand has exponentially risen since 2009 in Viet Nam; it’s a fad and we can change that. At CITES CoP17, a resolution was adopted to use demand reduction as a way to tackle illegal wildlife trafficking.

Personally, I’m very interested in how we can apply the methodology of behaviour change programmes to the entire chain involved in the illegal wildlife trade, and all the actors from poachers on the ground to Traditional Chinese Medicine practitioners. These are interesting ideas but funding for social marketing in conservation is limited – which is why we’re so grateful for Save the Rhino’s support, and everyone who helps contribute to our work in Viet Nam.