You are here: Home » News » Behind the scenes: Save the Rhino Vietnam documentary 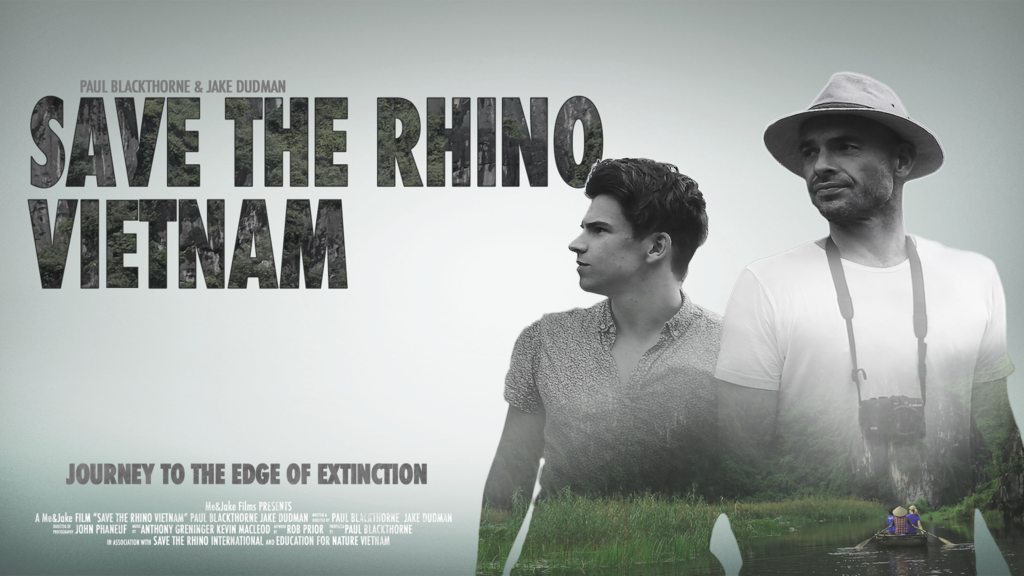 Vietnam is often cited as the leading consumer market for rhino horn – a demand which is pushing rhinos ever closer to the threat of extinction.

In the 1990s, after decades of work by conservationists and government crack-downs in the main consumer markets for horn, rhino populations were recovering, and poaching – though still happening – was kept under control.

Around 2008, a dramatic shift took place, ushering in a new phase in rhino conservation and a new poaching crisis.

Since then, the cost of protecting rhinos has also sky-rocketed poaching gangs become ever more sophisticated and well-armed. A terrifying three rhinos a day are slaughtered in South Africa.

What is fuelling demand for horn in Vietnam?

One key factor is Vietnam’s booming economy. As the country has grown more prosperous, so to has an emerging middle class with money to spend on luxury goods – even illegal ones, like rhino horn.

Save the Rhino funds all aspects of rhino conservation on the ground, from training rangers to funding breeding projects. But we’re also working to stop rhino poaching as its root cause: demand for rhino horn in key consumer markets.

Our Save the Rhino Vietnam campaign

In 2016 Save the Rhino launched the #SavetheRhinoVietnam campaign with Hollywood actor Paul Blackthorne, of Lagaan and Arrow fame, and Wales and Arsenal footballer Aaron Ramsey. Together, the rhino ambassador launched a T-shirt campaign raising over $20,000 for our work changing attitudes in Vietnam.

The premise of the campaign was simple. Working with Vietnamese wildlife charity Education For Nature-Vietnam, we asked our supporters across the world and, most importantly, in Vietnam, to commit to protecting rhinos and say no to rhino horn.

Rhino horn has become a status symbol – it’s fashionable. But as a new trend, it’s something we can change before it’s too late.

Touching down in Hanoi in May 2016, Paul launched the campaign in Vietnam to a flurry of media activity, putting illegal rhino horn consumption firmly on the public agenda. Schools, companies and government officials pledged their support. He was joined by his godson Jake Dudman, a cult Youtube blogger and aspiring young actor currently studying acting and film production in London.

Now, to coincide with World Wildlife Day 2017, Jake is releasing his documentary, Save the Rhino Vietnam: Journey to the Edge of Extinction. The film uncovers the country’s underground trade, meets the Vietnamese conservationists turning the tide, and looks to the task ahead for all of us – how can we save the rhino?

There is still much left to do. In Vietnam, we need your help to stop consumers buying illegally poached and traded rhino horn. And we need young people in Vietnam to grow up determined to help rhinos survive.

World Wildlife Day is an annual celebration of our planet’s biodiversity and natural heritage, which also marks the date the Convention on the International Trade of Endangered Species of Flora and Fauna. The purpose of the treaty is to make sure we don’t over-exploit our precious biodiversity.

In 1977 the Treaty banned the international trade in rhino horn. 40 years later, previous markets like Japan, Taiwan, South Korea and Yemen are all but non-existent.  But in Vietnam, since the 2000s rhino horn consumption, especially by wealthy businessmen, has escalated.

Each World Wildlife Day is given a theme. For 2017, it is “Listen to the Young Voices.” As future custodians of our wildlife, young people will one day –very soon – be responsible for protecting animals like rhinos.  Save the Rhino Vietnam is Jake’s first film. He tells us:

The title of this documentary is not a statement, it’s a plea: Save the Rhino Vietnam!

Save the Rhino Vietnam Trailer