You are here: Home » News » Saving Sumatran and Javan rhinos 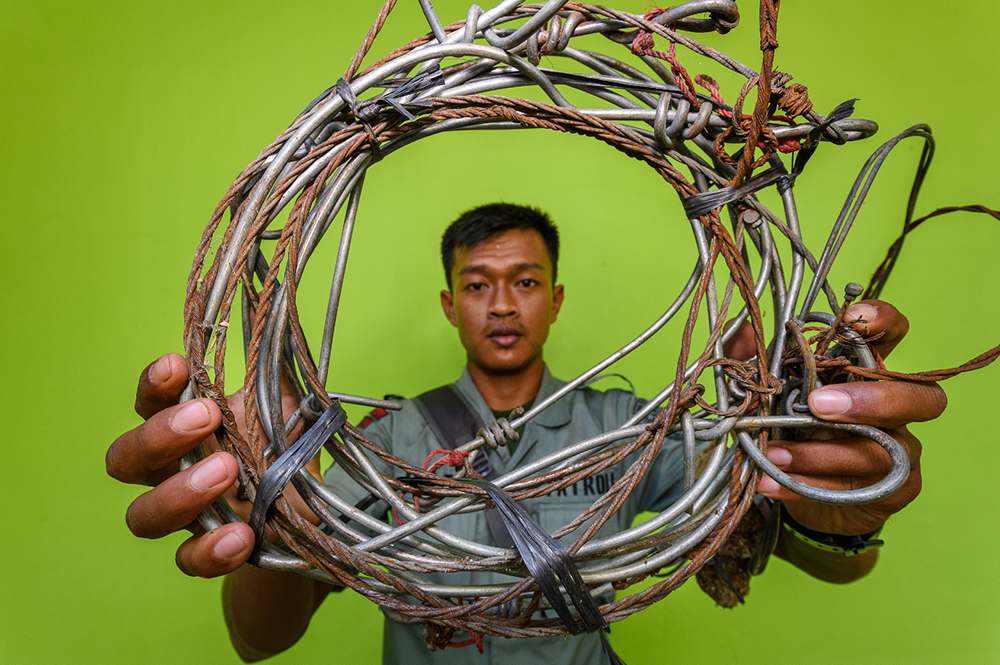 Unlike their African cousins, it’s extremely rare to hear reports of a Javan or Sumatran rhino being poached. In fact, it’s been 10 years since any poaching incidents have been recorded. But despite this, these two species remain extremely vulnerable.

Just a few hundred years ago, thousands of Javan and Sumatran rhinos roamed through the rich, wild, and wonderful jungle habitats ranging from Indonesia to east India. Unfortunately, like other rhino species, intense poaching in the 19th Century decimated their numbers. While poaching rates fluctuated over time, by the 1980s it was thought that fewer than 800 Sumatran rhinos remained, and not even 40 Javan rhinos were left.

Where rhinos existed they were deep in the rainforests, but while poaching had been a major part of their decline, a different threat was looming: habitat loss.

Today, the dense forests where Javan and Sumatran rhinos used to live might exist on a map, but like many places across the world, the landscape is vastly different. Now, many of these natural habitats have been replaced with a cityscape, a plantation or simply cleared land ready for development. These huge changes in a once pristine habitat multiplied the impact of poaching: Javan and Sumatran rhinos now have little space to produce new young that would secure their future.

The latest estimates for their populations stand at fewer than 80 animals remaining for Sumatran rhinos, and 72 individuals remaining for Javan rhinos. On top of the ongoing poaching threat (while it is rare, the threat remains), habitat loss impacts each species in very different ways. Sumatran rhinos live in small, isolated populations and are unable to find another rhino to mate successfully. In contrast, all Javan rhinos live in one place and are breeding well, but they have little habitat to expand into, and the impact of a natural disaster or disease could be devastating.

Every day, people are working to safeguard both rhino species and the places they live. Patrolling through the forests are teams of four highly skilled individuals, working together as a Rhino Protection Unit (RPU). Each unit remains on patrol for seven to 10 days, taking everything they need for duty in a heavy rucksack, while covering a huge area on foot to monitor and protect rhinos that they may not ever see directly.

In one year, RPU teams will walk around 15,000 km, searching the area, noting down when a rhino footprint, wallow, faeces, or sign of feeding is seen. Throughout 2019, RPUs patrolled and surveyed the protected areas in which they operate, removing traps and snares, identifying and apprehending illegal intruders, and investigating crime scenes. Their presence is pivotal in the prevention and reduction of wildlife loss and illegal activities within the park.

While rhino poaching has not occurred in the places that RPUs patrol for many years, we cannot afford to lose the protection that they provide for these vital habitats. Despite the Covid-19 pandemic, each unit has continued their work, taking extra safety measures by practicing social distancing and wearing masks (not an easy task in hot, humid weather!).

However, the pandemic is putting their work at risk. Funding for the units is becoming more difficult to secure, and currently, there aren’t enough funds for the next 12 months. Throughout July, we’re raising vital funding for RPUs through our Rhino Covid-19 Crisis appeal, to provide extra support to these important teams during such challenging times.

We’d like to say a huge thank you to everyone that has donated to Rhino Protection Units. Thanks to your donations, RPUs are protecting habitats that are vital for Sumatran and Javan rhinos, and stopping illegal activity before any rhinos are lost. Together, we can secure a future for Javan and Sumatran rhinos.