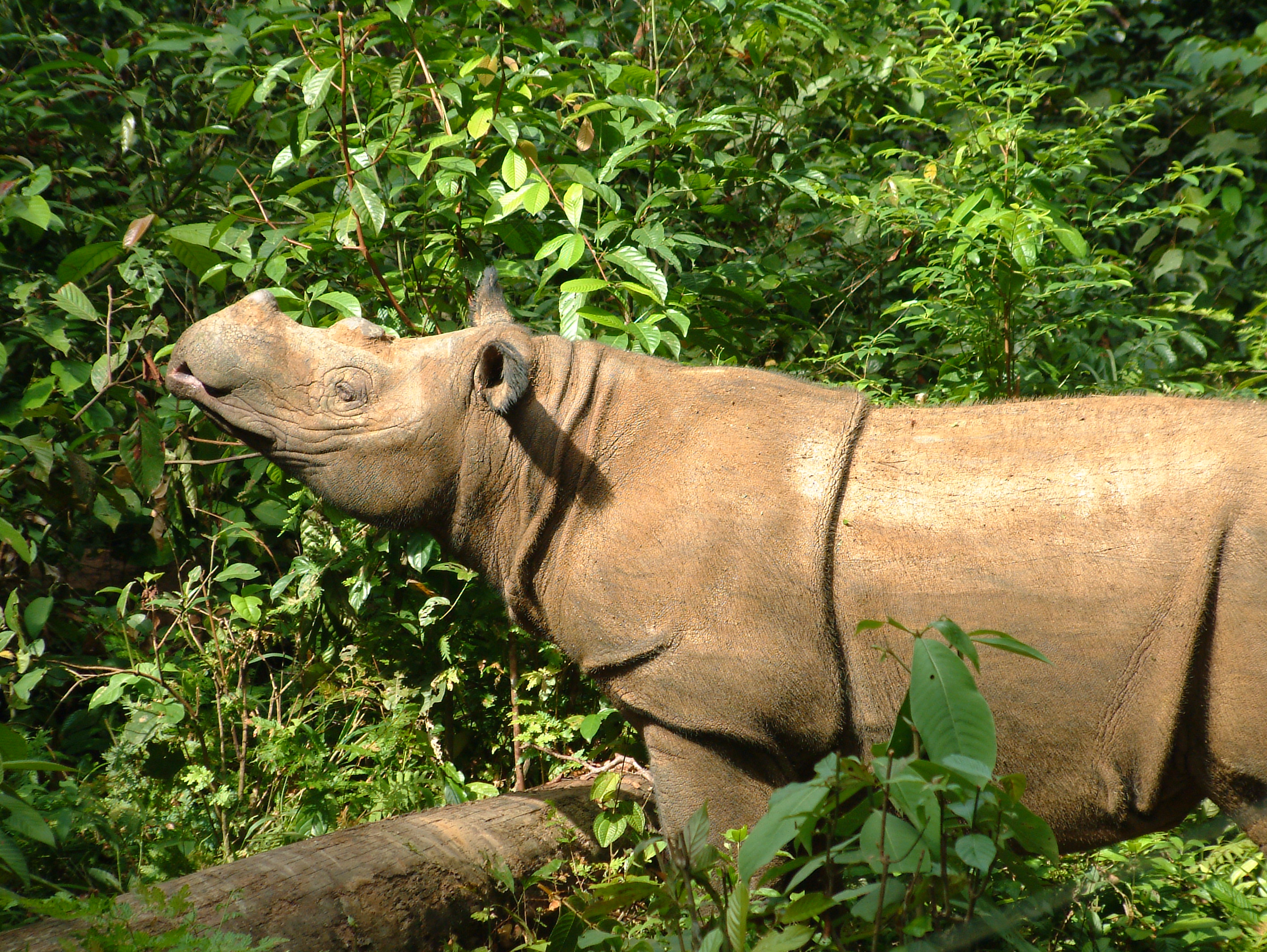 Earlier this year, we celebrated the 40th birthday of a Sumatran rhino called Bina, who was rescued from her rapidly disappearing habitat and brought to the Sumatran Rhino Sanctuary (SRS) in 1991. Bina has lived through a lot: the fall of the Berlin Wall, the invention of the Internet, and the inauguration of the first black President in the US. But the real change she needs during her lifetime is to see her species recover.

Not just the smallest species of rhino, Sumatran rhinos are also one of the rarest large mammals on the planet. In 1986, it was believed there were as many as 800 remaining in the wild. Today, there are thought to be fewer than 80 found only in Indonesia, mainly due to habitat loss, dwindling birth rates, and poaching.

The Sumatran Rhino Sanctuary (SRS) provides a ray of hope for this incredible species. Established in 1996, the Sanctuary is home to the only reproductively viable, captive population of Sumatran rhinos. Designed to accommodate the few remaining Sumatran rhinos that were living in isolation in zoos, as well as wild rhinos that were rescued from degraded habitats, the Sanctuary now hosts seven rhinos: females Rosa, Bina, Ratu and Delilah, and males Andalas, Harapan and Andatu. These rhinos live a semi-wild existence inside large enclosures within natural rainforest habitats and receive state-of-the-art veterinary care and nutrition from the SRS team.

In 2018, the Government of Indonesia and rhino experts from around the world reached a consensus that the only way to bring the Sumatran rhino back from the brink is to consolidate the dispersed and fragmented wild populations into managed conservation breeding facilities. To do so first involved expanding the already-existing facilities at the SRS so that it could provide a home for more rhinos. This was completed in 2019.

The next goal is to establish a second sanctuary in a new location. A site was identified last year in Aceh, northern Sumatra, and it is hoped that construction can begin in the coming months. Once built, rhinos can be brought into this safe area and hopefully increase their numbers to create a genetically diverse “founding population”. It is hoped this population will, one day, repopulate selected national parks within the Sumatran rhinos’ natural range.

The captive conservation breeding programme at the SRS has already brought success. The first rhino born in the Sanctuary was Andatu, a male born in 2012, and his sister Delilah was born in 2016, to parents Ratu and Andalas. Excitingly, Ratu is once again breeding with Andalas and the team hope for another pregnancy soon. With a growing consensus that the species will go extinct without intervention, these successful captive births are critical for the species’ recovery.

In 2018, the Sumatran Rhino Rescue project began, supporting the Government of Indonesia’s Emergency Action Plan, aiming to relocate some of the remaining, widely dispersed Sumatran rhinos and bring them into managed conservation breeding facilities.

The next milestone for the project is to bring new rhinos into the sanctuaries. Teams are already in place, surveying jungles in Kalimantan, Gunung Leuser National Park and Way Kambas National Park, three of the four areas in which Sumatran rhinos can still be found. Searching for a Sumatran rhino is no easy feat, but it isn’t only their numbers that make them difficult to find. They live in the dense tropical forests of Sumatra and Borneo, making this task even tougher – but not impossible. Thankfully, there has already been some success. Pahu, a female Sumatran rhino has now been brought into a small sanctuary in Kalimantan.

Outside of the SRS, the Way Kambas National Park is home to one of only two wild populations of Sumatran rhinos, which is large enough to reproduce and sustain itself. However, Way Kambas is the only protected area in Indonesia without a buffer zone. Without this extra space around the Park’s edges, human activity has frequently encroached into the Park, destroying crucial rhino habitat. In total, it’s estimated that one-third of the rhino’s rainforest has been lost.

Replanting degraded land has been an important activity to expand the Sumatran rhinos’ habitat. Unfortunately, a series of forest fires swept through the site in 2019, destroying all of the seedlings. In 2020, replanting began again with extra fire prevention measures in place and support from 50 members of the local community. More than 25,000 seedlings of preferred rhino-food plants were planted, beginning the restoration process for 45 hectares of land. To reduce future risks, the area is regularly patrolled and monitored by dedicated ranger teams.

There are exciting, long-term plans for the conservation of Sumatran rhinos but these ambitious goals are only possible because of every donation we receive. We would like to say a huge thank you to all of our generous supporters and our zoo partners, including Zoological and Botanical Garden Stuttgart, Wilhelma, Tallinn Zoo, West Midland Safari Park and Zoo Hodonín, in particular. Thanks to you we are hopeful that not only Bina, but also her fellow rhinos and the next generation, can live out the rest of their lives in their natural habitat.