You are here: Home » News » Ensuring an encore for the singing rhino 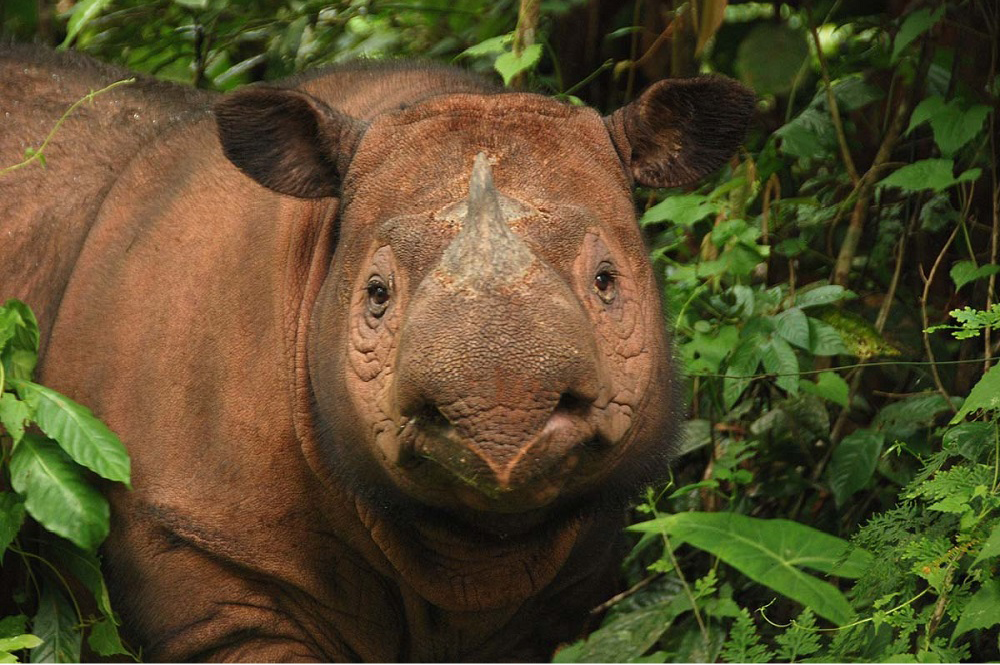 With fewer than 80 individuals remaining, the Sumatran rhino holds the unwelcome distinction of being one of the rarest mammals on the planet. Found only in the rainforests of Sumatra, these rhinos are unique: small, hairy and accomplished singers (their whale song-like vocalisations are thought to be their way of calling out to mates)! The urgency of their plight was intensified, when Iman, Malaysia’s last Sumatran rhino, died in November 2019. Indonesia is now the species’ final bastion.

Concerned that the Sumatran rhino’s song would soon fall silent, in 2018, an Alliance of conservationists launched Sumatran Rhino Rescue, a ground-breaking initiative to save this Critically Endangered species from extinction. So, what’s been achieved and what are the next steps on the Sumatran rhino’s journey back from the brink?

During 2020, the team at the Sumatran Rhino Sanctuary (SRS) in Way Kambas National Park completed an ambitious expansion project: a second ring of enclosures with space for five more rhinos, and new, state-of-the-art veterinary equipment to ensure the highest-quality care for the SRS’ rhino residents. The Sanctuary is now poised to welcome more rhinos, intensify breeding efforts and grow its population.

Delilah, the Sanctuary’s youngest rhino, born in 2016, is now approaching maturity and has been given her own enclosure. Ratu, Delilah’s mother, has since been reintroduced to male Andalas and the pair are breeding again. The Sanctuary’s team are hopeful that a pregnancy will follow soon.

Perhaps most excitingly, the first stage of the rescue mission has begun. Across their last remaining habitats, surveys were started to locate and track rhinos. With so few individuals left, finding a wild Sumatran rhino is like looking for a needle in a haystack. Thankfully, the survey teams have some tools up their sleeves. They comb through patches of habitat, looking for signs, like footprints, dung or broken twigs, which indicate a rhino is near.

Once a rhino has been detected, the teams change tactics, following the animal to work out its most-used routes, with camera traps helping fill in more details about the individual, such as age, sex and breeding status. This information will help when planning to rescue the rhino, so it can join the conservation breeding programme and help to save its species.

Whilst Covid-19 has temporarily delayed these efforts, the Alliance is hoping to begin captures in late 2021, with the team undergoing extensive training to ensure each rescue is a success. Meanwhile, efforts to secure sites and begin construction for two new Sumatran Rhino Sanctuaries are underway, so that animals rescued from non-viable situations have a safe new home where they can breed and produce the next generation of this wonderful species, under expert care.

The journey ahead may be long but, with these first determined steps, there’s a strong chance the Sumatran rhino’s song will continue to ring out through Indonesia’s rainforests for years to come.

We would like to say a huge thank you to our partner, Wilhelma Zoological and Botanical Garden, Stuttgart, joining us as Strategic Partners to the Sumatran Rhino Rescue Alliance and donating $100,000 to save Sumatran rhinos!