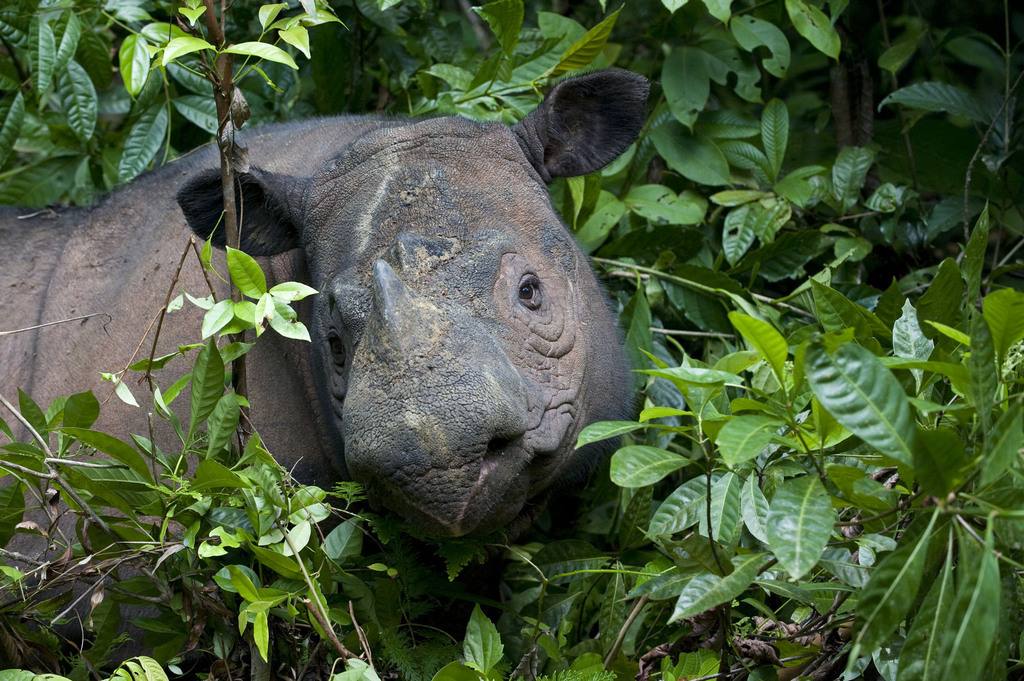 Excellent news for Sumatran rhinos and other endangered species! The U.S. government, Indonesian government, Conservation International and Indonesian NGO KEHATI have signed agreements to reduce debt payments owed by Indonesia to the United States. In return Indonesia will commit nearly US$12.7 million toward the conservation and protection of critically endangered species, and their associated habitats in Sumatra. This transaction is supported financially by and negotiated with the help of Conservation International.

This debt-for-nature swap will benefit critical ecosystems in Sumatra through increasing conservation efforts and combating wildlife trafficking, with an emphasis on the survival of some of the world’s most endangered species, including rhinos, tigers and orangutans.

Its is estimated that fewer than 100 rhinos now survive in the wild and urgent funding is needed to protect the species from big threats including poaching, habitat degradation and human encroachment. This debt for nature swap is a great initiative to drive funding towards protected areas and endangered species.

Click here to read the full story from Conservation International.